We are proud to be sponsoring the 16th Congress of the Federation of Asian and Oceanian Biochemists and Molecular Biologists virtual conference this month. This page has been created to share the work our researchers are involved in - trying to solve environmental problems through molecular biology.

The ICMP (International Collection of Microorganisms from Plants) Culture Collection is a major international collection of living microorganisms.  These are predominantly isolated from plants, insects, soil, and water that have been collected from natural and managed environments around the world. The collection also contains important reference and 'type' cultures of the world's plant pathogenic fungi and bacteria.

The Landcare Research Long-Term Ecology Laboratory is dedicated to studying long-term ecological processes (over decades to thousands of years) to help further our understanding of the dynamics, function and trajectories of present-day ecosystems.

Using microscopic and ancient DNA analysis of a variety of sample types (including lake, bog, swamp and cave sediments and preserved droppings (coprolites) of extinct birds and introduced animals) we show how ecosystems have changed over time in response to climate change, natural disturbances (volcanism, earthquakes and fire), initial human arrival, and the introduction of alien vertebrates. Analysing coprolites allows us to gain insights into the lives of extinct birds, determining what plants they ate, what flowers they pollinated, and what seeds they dispersed. From this we can determine the role that extinct birds played in prehuman ecosystems, which helps us understand the legacy of their extinction on the functioning of existing forests.

You can find more information about their work on their website: http://ltel.landcareresearch.co.nz/home 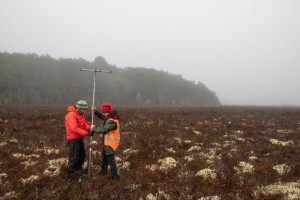 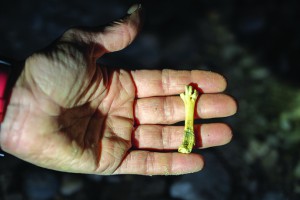 How ancient DNA can help restore our biodiversity 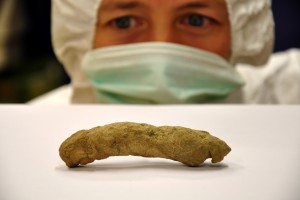 How will insects adapt to our changing climate?

While climate change isn’t a new issue the world is facing, it has received a lot of attention recently thanks to COP26. A number of our researchers look at mitigation and adaptation strategies, as well as the effects climate change has on our environment. To help further our understanding about how insects will be effected by climate change, Kate Augustine, a Postdoctoral Fellow at Manaaki Whenua - Landcare Research, along with Claudio Cubillos, graduate student at the University of Auckland based at Manaaki Whenua and Thomas Buckley, Systematics Research Leader at Manaaki Whenua have been studying the mechanisms that allowed tropical stick insects to colonize temperate environments throughout New Zealand.

Many insect lineages have evolved in the warm, temperature-stable tropics however temperate environments like New Zealand tend to be cooler and more thermally variable. Numerous studies have predicted that insects are going to be highly threatened by climate change, so there is great pressure to understand the biological mechanisms underpinning insects’ responses and potential evolutionary pathways in terms of thermal adaptation. Stick insects offer an ideal opportunity to understand how insects can evolve as a response to a warming climate, because we know that they have adapted to new climates in the past when they colonised New Zealand from New Caledonia and radiated into the 21 species present in New Zealand today. Kate and Claudio are nearing the end of a three-year research project to find out what biological strategies stick insects used to colonise New Zealand and they hope to use that to predict how stick insects, as well as other insect species, will be able to adapt to warming temperatures due to climate change.

They collected 12 different species from a latitudinal gradient along the country and recorded the average temperature and other environmental variables. The individuals they collected were transferred to the lab and acclimated to either hot or cold temperatures to see how different phenotypic traits vary with temperature. Following the acclimation experiments, digestive enzymes and RNA from different tissues were extracted to see if there were any changes in enzyme activity and gene expression, respectively. Initial findings show that temperature responses occurred at different levels of organization. For instance, while there was no visual change in feeding rate – one way to track the performance in ectothermic insects - at different temperatures, there was a transcriptomic response to the different temperatures allowing the insects to maintain their performance and continue feeding as temperature changed.

Kate is passionate about analysing data that relates to our changing climate and noted that “it’s really important to be studying insect responses to temperature change because they are the foundation of ecosystems. If we lose them, we lose pollination services, food sources for everything and they are a really good forecaster for what our environments may look like because of climate change”. While there are some initial findings which show that stick insects are a resilient invertebrate, Kate and Claudio still have more data to analyse with several research papers expected to be published in 2022.

Lake snow is produced by a microscopic alga and is a major problem in Central Otago and Wanaka. The reason why this is growing in lakes in these regions is unclear, but due to the impacts it has on homes and businesses, Manaaki Whenua are developing a monitoring device for regional councils. The laser-based device provides real time data and sends a beam out in the water, and characterises what bounces back by using the molecule structure to identify freshwater algae.

Phil Novis is a Senior Researcher at Manaaki Whenua and lead this project in collaboration with University of Otago. A web resource has also been developed to assist community groups with identifying freshwater algae in New Zealand. 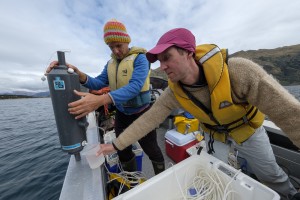 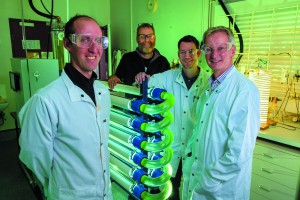 The Lake Snow Toolbox: environmental monitoring of slime in our iconic lakes