Knowledge of the diets of New Zealand's extinct moa (Aves: Dinornithiformes) comes from careful analysis of moa coprolites (fossilised poop) and gizzard contents. Moa coprolites and gizzard contents can be dissected and analysed under the microscope or using DNA identification techniques to decipher what the birds ate. The contents can also be screened to see what seeds the birds may have dispersed. 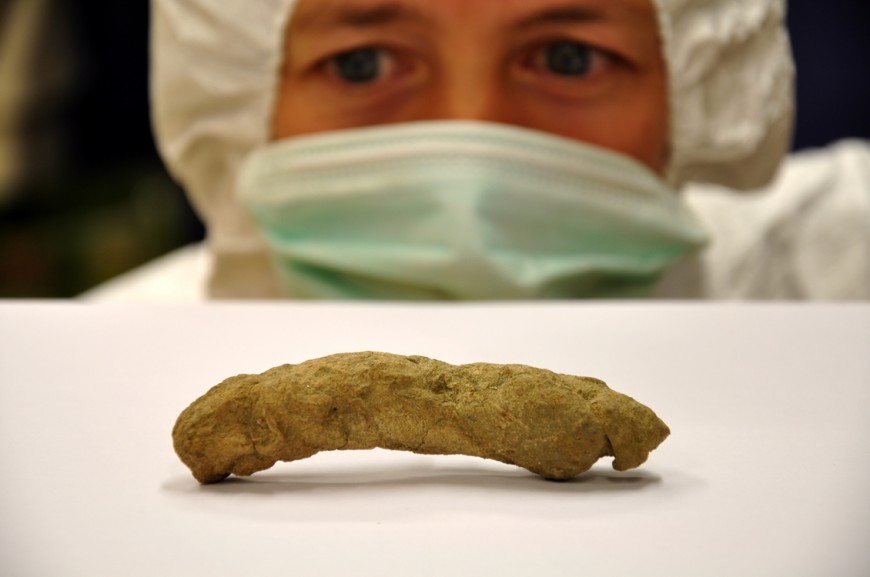 Janet Wilmshurst with a moa coprolite

Most of what we currently know about moa diet is heavily biased towards just three species in the South Island (South Island giant moa, upland moa and heavy-footed moa), which represent about 90% of all identified coprolites and gizzard content samples. By comparison, the diets of the other six moa species are poorly known.

Lead researcher Dr Jamie Wood said this rock shelter deposit is scientifically very important “as it is the southernmost site from which moa coprolites have been recovered, with the longest documented timespan of coprolite accumulation (~2200 years) preserved within a sediment horizon in a single place. Until now, only five little bush moa coprolites have previously been identified, all from central Otago.”

Dr Wood said “pollen and plant DNA from the coprolites, as well as associated plant macrofossils, show that the deposit spans a period when the forest canopy was transitioning from conifers (dominated by miro, matai, totara and mountain toato a from the Podocarpaceae family) to silver beech (Lophozonia menziesii) dominance about 6800 to 4600 years ago.” 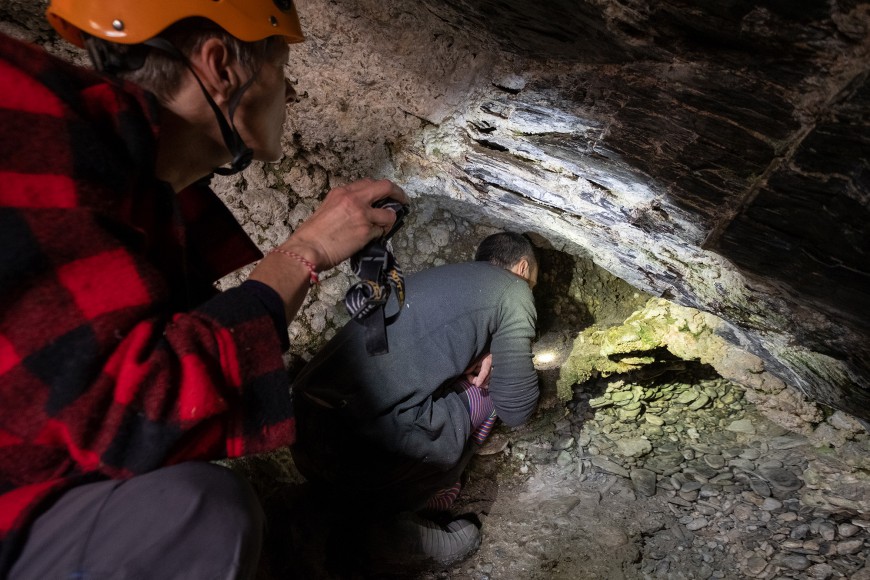 Janet Wilmshurst and Jamie Wood searching for coprolites and other artefacts

DNA, pollen and leaf cuticle fragments of the red mistletoe (Peraxilla tetrapetala), a species usually associated with silver beech, were also found in the little bush moa coprolites. The nutritious leaves of this mistletoe are highly palatable and today are also sought out by the introduced possum (Trichosurus vulpecula) and browsing mammals such as deer.

The little bush moa coprolites contained very few seeds compared with other analysed moa coprolites. Co-author Dr Janet Wilmshurst said “this observation was interesting because it contrasts with what we know about other moa species which played an important role dispersing tiny seeds (<3 mm) of many plant species in their droppings. The near absence of seeds in the little bush moa coprolites indicates they were not important seed dispersers, and that they may have been targeting the largest conifer seeds which get totally ground up in their muscular gizzards and destroyed rather than dispersed.”

Although this study confirms that the little bush moa was a browser of a diverse range of tree and shrub species in the forest understory, it provided striking new evidence that the foliage of ground ferns were an important part of their diet. Dr Wood said “while little bush moa may not have been great seed dispersers, based on our finding of ground fern DNA, frond cuticle remains and high spore counts, they may have played a previously unrecognised role as dispersers of ground fern spores throughout New Zealand forests.” 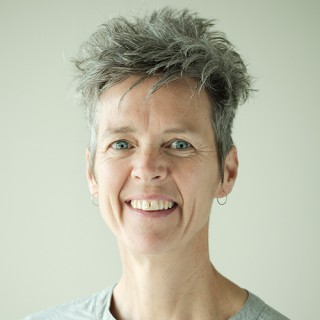