The objective of this survey was to establish the current and future needs of hydrological model users to assess: (a) the advantages of developing a spatial hydrological model platform that can model movement of water in the landscape (lateral flow), and (b) the best usage of the available spatialised soil data such as S-map.

The long-term objective is to implement a flexible and user-friendly catchment-scale hydrological modelling platform. The proposed platform will enable users to easily plug-and-play their module of interest that relies on hydrological output, at a particular scale and time step. For example, the outputs could be used to compute contaminant transport, sediment yield, N and P leaching, irrigation water demand, etc.

The following questions were investigated:

What models using hydrological inputs are being used in New Zealand and what are future modelling needs?

The survey was completed by 50 users of hydrological models, including researchers and consultants from both the public and private sector (Figure 1).

It is hoped that this project will foster closer collaboration between crown research organisations, universities and the private sector.

Hydrological models are widely used by non-modellers (20%) with little experience in coding or developing models (27%) (Figure 2). These results show the importance of the proposed hydrological model platform being readily accessible to non-programmers.

Current hydrological model outputs of interest are listed in Figure 3. There is great interest in modelling soil moisture, drainage, river discharge and groundwater recharge. Other model outputs that rely on hydrological input are listed in Figure 4. This highlights a demand for computing nitrogen fluxes, phosphate dynamics, plant growth and sediment yield. The modelling of nitrogen and phosphorous cycling and leaching requires a plant model. Nevertheless, the trend is to model nitrogen and phosphorous fluxes without using complex agricultural models such as by computing leaching risks by using simple index models imbedded into a GIS framework. Bypass flow, macroporosity and aeration are important processes in computing nitrate leaching. Nevertheless, Figure 3 shows that these processes are not widely taken into account in the models. This may be explained by the difficulties in obtaining these data.

The survey shows that the main scale of interest is at the catchment scale (Figure 5), and on terrain <15° (Figure 6). These slopes include the intensively managed agricultural land. Participants with an interest in steep terrain are mainly focused on predicting river dynamics. The main time interval of interest is daily, (Figure 7), but there is also a requirement for hourly outputs, especially to model river dynamics.

The three main models of interest in this survey, ranging from the simplest to the most complex, are 1D models, 1D spatial models and 2D fully spatial models. 1D models are used to compute the vertical flow at a point, whereas 1D spatial models combine independent 1D models over an area of interest. The average hydrological outputs are then derived by performing spatial weighting average of a paddock or a catchment.   The benefit of a 2D fully spatial model is that it can take into account lateral flow by modelling horizontal and vertical flow within the model itself, giving more realistic results in sloping terrain.

However, 1D models are easier to operate and therefore are more commonly used than spatial models (Figure 8). Nevertheless, most users (64%, Figure 9) believe that their modelled outputs (e.g. Nitrate transport) that rely on hydrological input could be significantly improved if they could plug-and-play their module of interest into hydrological output performed by 2D fully spatially hydrological model at the scale and time step of interest. Fifty-three percent of respondents believe that taking into account lateral flow would improve their model accuracies (Figure 10).  Only 28% of the participants currently model lateral flow by using a 2D fully spatially model. The usage of a 2D fully spatially model instead of using a curve number (28%; Figure 10) would no doubt significantly improve the predictions of nitrate and phosphate leaching.

A majority of responses (73%, Figure 14) show an interest in having a powerful calibration (inverse modelling) tool to:

Automatic calibration tool boxes, which find the optimal parameter sets, are also important for users (Figure 15) and therefore should be implemented in the hydrological modelling platform. There is also an interest in future use of the Bayesian and the PEST tool boxes, while a few participants suggested alternative inverse modelling tools.

A participant responded: "There is no answer to ALL modelling problems. This is very much dependent on the model aims and the nature of the model and the optimisation problem (non-linearity, objectives, calibration data, dimensionality, run times etc.). There is no plug-and-play model calibration/ uncertainty estimation software. PEST works well for some (linear) groundwater problems, but a higher degree of expertise is required for more complex calibration problems, where it might fail altogether."

Participants were asked if any other open source hydrological modelling platform, such as PCRaster, could be recommended. This question was answered by two participants, one of whom commented, “I know of several but none that I would highly recommend as each has benefits/drawbacks”. The following alternatives to PCRASTER were recommended:

Since no other suitable alternative to PCRASTER was suggested, we propose building a flexible hydrological model platform based on PCRaster. The PCRaster software has the following advantages:

It is encouraging that 40% of survey participants indicated their willingness to be involved in a collaborative development of a new hydrological modelling platform.

The survey was completed by a range of researchers and consultants, half of whom are active modellers, while the others are users of established models. This demonstrates the importance of the proposed hydrological model platform being made accessible to users with a limited knowledge of programming.

There is a current interest in modelling river dynamics, saturated flow and plant growth. The outputs that rely on hydrological data are nitrogen and phosphorous dynamics, phosphate dynamics, plant growth and sediment transport. There was less interest in bypass flow, macroporosity and aeration, which nevertheless are important parameters in nitrate leaching.

The main focus is at catchment scale, on terrain <15°, and having a daily time step. The most commonly used models are one-dimensional. Nevertheless, a great number of users believe that the accuracy of their model output could be improved if they had available more accurate spatial time series hydrological data at the scale of interest where one can plug-and-play their module of interest. A means of improving their models would be to model and incorporate lateral flow.

S-map and the Fundamental Soil Layers are the most widely used soil databases. Nevertheless, these databases are used by only 60% of participants, and 18% of users do not incorporate any soil information into their hydrological models. The most important derived hydraulic parameters from the soil databases were field capacity and saturated hydraulic conductivity, of which the latter is the most variable. Users showed less interest in macroporosity, which is an important parameter to accurately compute drainage and nitrate leaching, especially in stony soils. A significant number of participants would be interested in obtaining effective soil parameters that can be derived at their scale of interest in POLYGON or RASTER format.

A majority of participants are interested in having a powerful calibration tool, such as PEST, and there is an interest in future use of the Bayesian tool box.

Forty percent of the participants responded that they would like to contribute to the development of a ‘new’ hydrological platform. More research needs to be performed to determine the suitability of PCRASTER as a suitable platform for such a development. 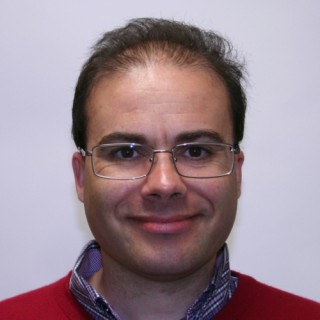