Douglas fir (Pseudotsuga menzisii) is a large, evergreen conifer native to the cooler regions of western North America. Douglas fir has been planted extensively in New Zealand for timber production, and several seed orchards have been established. Like many other conifer species worldwide, Douglas fir escaped cultivation and has become a serious invasive species in New Zealand’s high country landscapes and fragile native ecosystems, such as tussocklands and herbfields. Douglas fir’s tolerance of partially shaded environments has also enabled it to establish in native forests and forest margin communities. 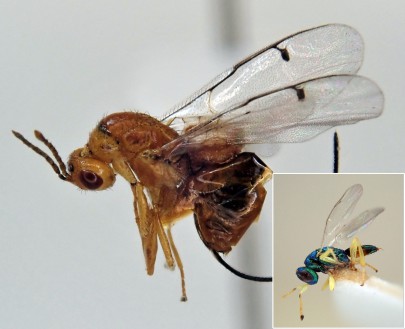 In the 1920s a small wasp, the Douglas fir seed chalcid (DFSC) (Megastigmus spermotrophus), which destroys the seeds of Douglas fir, was accidentally introduced into New Zealand in imported seed. The females lay eggs in the seeds in immature cones and the larvae feed and develop inside the seeds, which eventually drop to the ground for the larvae to overwinter and then pupate (inside the seeds). Due to concerns over the DFSC’s impact on Douglas fir seed production, an ectoparasitic wasp (Mesopolobus spermotrophus) was intentionally released as a biocontrol agent for the DFSC in 1955. This parasitoid is reportedly host specific to the DFSC and attacks host larvae in mature cones that have opened enough to allow females access to the seeds to lay their eggs. The females only lay eggs on seeds in cones that are still attached to the tree, and they will not target those that have already dropped to the ground. Since the release of the parasitoid, sporadic and opportunistic surveys of Douglas fir seeds did not recover any parasitoids, so the biocontrol agent was presumed to have failed to establish.

Douglas fir is not the only conifer species in New Zealand to have escaped forestry plantations to become a serious invader. ‘Wilding conifers’ (or ‘wilding pines’) is a New Zealand term for introduced conifers that are spreading across the landscape at an alarming rate, with estimates that 20% of New Zealand will be covered by wilding conifers within 20 years without appropriate management interventions. “With the control of wilding conifers now a high priority for New Zealand, we are very interested in the potential for seed-attacking agents to reduce the spread of Douglas fir,” said Simon Fowler, who is leading research on biocontrol options for wilding conifers. This also formed part of a larger study aimed at documenting the success and failure of all weed biocontrol agents that have been released in New Zealand.

A student intern from the University of Birmingham, Sonia Lee, has assisted with investigations of the impact of DFSC on Douglas fir seed production. In the 2019/20 summer Douglas fir cones were collected at 13 sites throughout New Zealand (three in the North Island, 10 in the South Island). Back at the laboratory over 21,000 seeds were removed from the cones and placed in Petri dishes to monitor insect emergence. Once emergence appeared to be complete, Sonia meticulously dissected all the harvested seeds to look for larvae that were still in a state of suspended development (diapause). In total, 17 DFSC adults and larvae were recovered from Douglas fir seeds collected from all 13 sites, which equates to an extremely low rate of attack on the seeds (0 to 0.85% per site).

“This low rate of seed attack, much lower than the average of 20% seed destruction reported in the 1970s, was very disappointing,” said Simon.  “But we soon had an explanation. Much to our surprise, Sonia recovered the parasitoid released for biocontrol of the DFSC, recording a parasitism rate of 48.5%,” he added. The identity of the parasitoid wasp was confirmed by morphological examination and a molecular analysis, and the results sent to the Ministry for Primary Industries to officially accept and document its presence in New Zealand. Although this is the first record of the parasitoid in New Zealand, Simon considers it unlikely that a population of the wasp remained undetected for almost 70 years since its first release.  “It is more likely that an accidental incursion occurred much later than the 1950s, with the importation of seed infested with DFSC and its parasitoid. Large amounts of Douglas fir seed were imported into New Zealand for genetic improvement in the 1980s so it may have established then,” explained Simon.

With the high parasitism rate of the DFSC recorded in this study, it is plausible that this seed-attacking wasp is itself under successful biocontrol in New Zealand. Unfortunately, as a result, Douglas fir has evaded a potential biocontrol agent that held promise for reducing its invasiveness and spread here.

This project was funded by the Ministry of Business, Innovation and Employment (Winning Against Wildings programme and core research funds to Manaaki Whenua – Landcare Research). 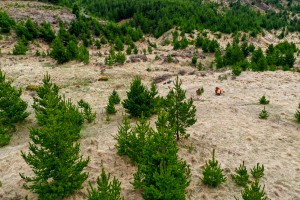 The Winning Against Wildings research programme seeks to develop and integrate new knowledge of the causes and consequence of wilding con... 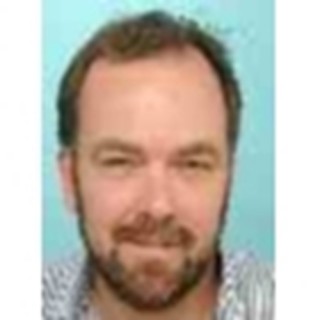