To test the effects of climate change on species at any scale is difficult. Scientists can’t manufacture realistic global warming in a test tube or in a lab over a few hours, or a few days. As a result, a big challenge for climate change researchers has always been how to best record potential shifts in species response over timeframes that are truly representative of gradually warming temperatures.

Working with soil microbes, Manaaki Whenua researchers Dr Manpreet Dhami, Dr Gabriel Moinet, and Dr John Hunt wondered what would happen if they turned the problem on its head and swapped geological time for space.

Because microbes are vital to the decomposition of organic material, and the subsequent release of carbon into the atmosphere, the ability to measure the physiological response of microbes to warmer temperatures will help to solve the puzzle of whether soils will lose or gain carbon under warming temperatures.

The researchers decided a ‘conceptual trick’ was needed. Instead of heading to the lab to try to replicate the effects of climate change on microbes, they looked for a geothermal feature that could represent a continuum of warming temperatures.

A steam-heated depression that enabled sampling along a transect from the hottest areas closest to it all the way to the cool areas further out was identified in a field near Taupō, a volcanic area in New Zealand’s North Island. 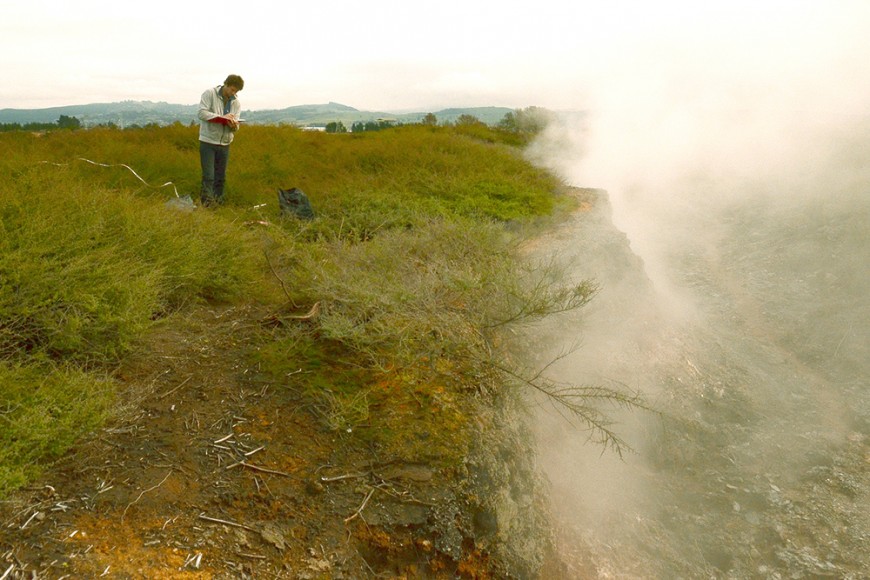 “The gradient mimics what would happen to the soil in different climate warming scenarios over very long periods of time,” says Dr Moinet, now an Assistant Professor based at the University of Wageningen in the Netherlands. “This allowed us to sample the microbes along the transect, to see if, and how, they adapted and measure what, if any, physiological differences there were in response to changing temperatures.”

As well as having having access to a unique geothermal environment the researchers built a mobile molecular lab that was towed to Taupō. The field lab was set up complete with pipettes, sterilised bench, and DNA extraction tubes to collect and process samples.

Dr Moinet and Dr Dhami say that these findings bring them a little bit closer to fully understanding the role soil plays in climate change. “We were able to show that while communities of microbes in the soil do adapt in response to temperature, the physiological response to temperature in warm-adapted microbes (thermophiles) and other microbes (mesophiles) was the same. If this is confirmed at other sites and other conditions, then predicting the microbial feedback to climate change can be done from short-term studies after all,” says Dr Dhami. 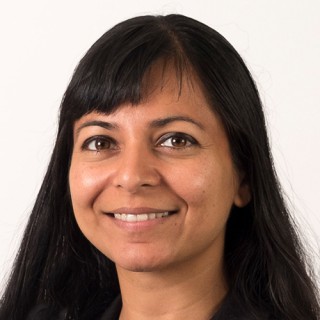