Kauri dieback going to the dogs

Manaaki Whenua wildlife ecologist Dr Al Glen is working with the Auckland Council and Zach Carter from the University of Auckland to test the ability of trained dogs to sniff out Phytophthora agathidicida, the causative organism of kauri dieback. 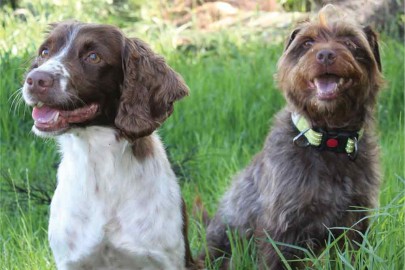 Pip and Mawhai, scent detection dogs being trained to sniff out Phytophthora agathidicida

Phytophthora agathidicida (PA) is a microscopic fungus-like organism that lives in the soil and infects the roots of kauri trees. The fungus damages the tissues that carry nutrients and water within the tree, effectively starving it to death.

The research team hypothesised that if detection dogs already sniff out cancer, drugs, COVID, and pests such as feral cats, could it be possible to add PA to the list?

The team is working with two scent detection dogs, Pip and Mawhai, in a biosecure facility. As part of this first stage of testing, the dogs have to sniff 11 different stations to find the right samples. By the end of the testing, they would have done more than 120 runs past the samples.

“Part of the trial is tracking what percentage of samples containing the fungus they detect,” says Al, who helped design the procedure and will work on analysing and then writing up the results. “We also look at specificity, so how often will they mistakenly identify something as containing the fungus when it doesn’t.”

There’s currently no treatment for kauri dieback and nearly all infected kauri die. The disease is easily spread through soil movements, for instance when soil is carried on dirty footwear, animals, or equipment and vehicles. With just a pinhead size of soil enough to spread the disease, stopping infected soil before it gets into a disease-free area is vital.

And that’s where the dogs will come in. Al says dogs trained to detect kauri dieback could be used at ports, or nurseries. “It’s a quick and reliable way to check if infected soil or mud is stuck in the wheels of heavy machinery, or in potted plants.”

While the trial is still in its early days, with subsequent testing involving actual soil samples and outdoor locations still to come, the researchers are optimistic about the final outcome. “Early indications are that this project will be successful,” says Al. “From the demonstrations I have seen, the dogs nail it every time.” 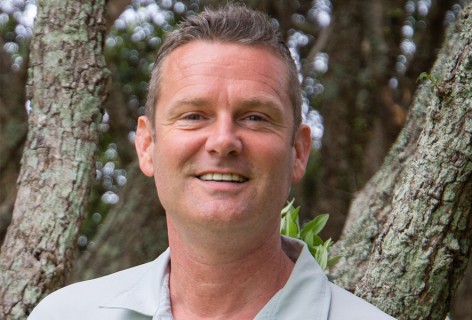