ICMP: the good of small things

Manaaki Whenua is the custodian of almost a third of Aotearoa New Zealand’s Nationally Significant Databases and Collections. These include biological resources such as reference species collections, and are important scientific, cultural and historical public assets.

The International Collection of Microorganisms from Plants (ICMP) is one of just three major international collections for plant and soil bacteria, with living cultures of more than 22,000 strains of bacteria and fungi from plants and soil across Aotearoa. These cultures not only help to identify and manage potential biosecurity incursions, they can also be screened for potential future uses in, for example, pharmacology. The following examples show how detailed knowledge of microbial taxonomy and cultures can have unexpected and highly beneficial outcomes.

Manaaki Whenua’s Dr Bevan Weir and collaborators from the University of Auckland have recently screened several fungi from the ICMP collection and identified two strains of Penicillium (P. bissettii and P. glabrum) which showed antimicrobial activity against the bacteria Escherichia coli, Klebsiella pneumoniae and Staphylococcus aureus, all three of which can lead to serious infection in human beings. Further investigation into the natural products of the fungi led to the isolation of five known metabolites: penicillic acid, citromycetin, penialdin A, penialdin F, and myxotrichin B. Although these strains of Penicillium may not be native to Aotearoa, knowing that such chemicals can be derived from natural products is an important step in developing, with our Te Tiriti partners, potential future indigenous IP from native species.

Further investigation of the antimicrobial activities of the natural products and derivatives showed that both penicillic acid and penialdin F inhibit the growth of Methicillin-resistant S. aureus (MRSA) – an antibiotic-resistant bacterium common in hospitals and nursing homes, where people with open wounds, catheters, and weakened immune systems are at risk of infection. Although none of the natural products or their derivatives showed enough antimicrobial activity to be of interest as lead compounds for antibiotic development, the study proves that the ICMP collection remains a vast untapped resource for novel bioactive natural products that is worthy of further exploration.

The ICMP again came into its own in August 2021, when the Aotearoa flower bulb industry became concerned about a possible change in our national biosecurity response after visual detection of mould on a minority of imported lily bulbs. Manaaki Whenua’s Drs Peter Johnston, Bevan Weir and Peter Buchanan, with Duckchul Park, helped to alleviate disruption of trade at the border by liaising with a concerned importer and with the Ministry for Primary Industries (MPI).

Earlier in 2021, MPI had already commissioned Dr Johnston to prepare a literature review updating knowledge of all recorded species of Penicillium in Aotearoa, including collation of species yet to be recorded here. Building on this essential groundwork, Dr Buchanan worked with an affected bulb importer and with MPI to seek further understanding of the detected new fungal species on the bulbs. MPI agreed to have the organism’s DNA data reassessed by an overseas expert on Penicillium taxonomy. The data matched Penicillium mali-pumilae, a species already known from bulbs but not previously recorded in this country.

This was initially bad news for the importer, but then our staff at the ICMP were able to deliver much better news. Isolations were also taken from a sample of Aotearoa-grown bulbs. These samples contained the same P. mali-pumilae, showing that it did already exist in Aotearoa and potentially supporting a relaxation of restrictive measures on bulbs affected by surface mould at the border.

Although P. mali-pumilae is not listed in the Official New Zealand Pest Register with a regulatory status, MPI is currently assessing the status of the Penicillium genus as a whole. The incursion investigation outcome on this species will be reported in Surveillance Magazine: Volume 49, Issue 2. 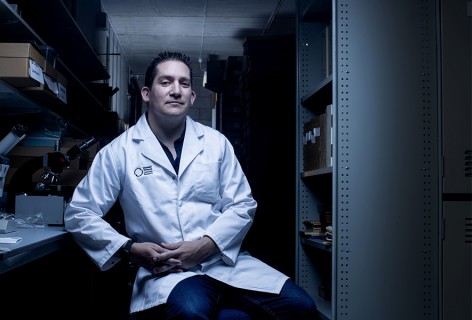