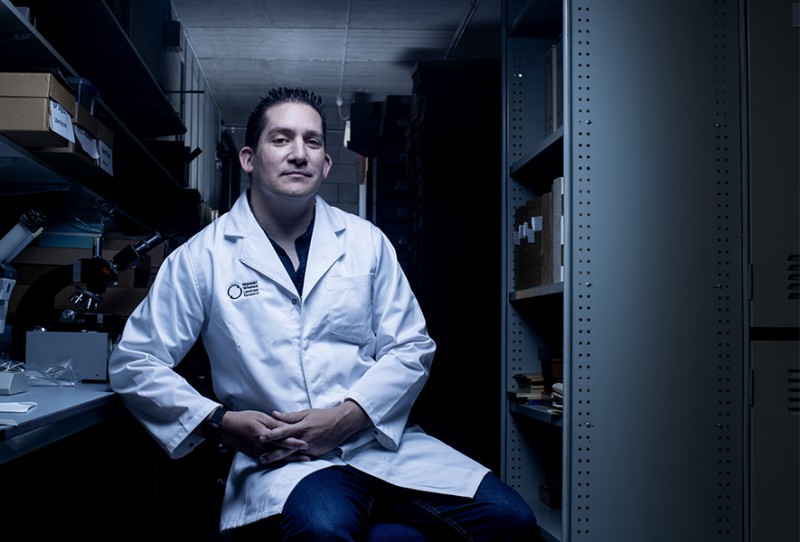 My research field is the systematics and phylogenetics of fungi and bacteria. I work on a diverse range of organisms, such as bacteria, fungi and chromists for different clients or projects, however many of the techniques, applications, and skills are common across taxa.

I am particularly interested in symbiosis and pathogenicity between microorganisms and their hosts, my PhD was on a group symbiotic nitrogen-fixing plant bacteria 'rhizobia', and my postdoc was on a group of plant pathogenic fungi “Colletotrichum”. Systematics (taxonomy and nomenclature) have played a large role in my research projects, and I have a good knowledge of the respective nomenclatural codes of Bacteria and Fungi.

I actively use the latest phylogenetic applications and theory, including species-tree delimitations for refining species concepts in Colletotrichum. One of the most popular pages on my personal website is a tutorial on the use of model testing software in analysing DNA sequences.

Genomics is becoming a large part of my research activities, for my previous two contract reports for MPI Biosecurity NZ I have sequenced and analysed bacterial genomes to obtain a robust identification as well as identify determinants of pathogenicity and sub-specific strain differences.

I am curator of one of New Zealand’s 'nationally significant' collections, the ICMP collection of 21,000 living cryopreserved fungi and bacteria. This resource is used extensively for biosecurity, taxonomic, and plant pathogenic research by the NZ and international research community, and recently I have begun to use the collection to discover useful bioactive compounds, for example we have a bacterium that produces a peptide antimicrobial that is very specific in killing the Psa disease affecting kiwifruit in New Zealand. I also conduct contract and consulting work for local biotechnology companies that produce novel biological fungicides and insecticides that have lower environmental impacts than traditional chemical compounds.

Weir B 2014. How to get good fungal and bacterial identifications from GenBank sequences. NZ Rhizobia. http://www.rhizobia.co.nz/ids-using-genbank, updated 29 October 2014.