Getting offset, not offside, about native forests

September 2020 saw the publication of Native Forests: Resetting the Balance, a report by the Aotearoa Circle that explores ways in which we can accelerate the regeneration of native biodiversity at scale while optimising the use of New Zealand’s land assets.

There is little to argue with here: “Protecting and enhancing the biodiversity of New Zealand is central to supporting our unique natural environment, which is fundamental to our very existence, our culture, our way of living, international brand and key sectors of our economy.” There is broad consensus on this – from primary industry, from government ministries and agencies, from the science sector, and from iwi.

But what is our collective best shot, given climate change, accelerating biodiversity decline, and business and economic drivers that largely favour land-use intensification? The report offers one audacious but attainable solution: to plant or regenerate native forests as carbon sinks across as much of the country as possible.

Audacious, because economic short-termism must be replaced by longer-term mindsets informed by environmental priorities. Attainable, because the economic payoffs of natives vs exotics are already costed in the report to be greater over the longer term, and because New Zealand has the space and the natural resources to enable the switch to be made. As Manaaki Whenua’s Land Resources Inventory shows, there is plenty of agriculturally marginal land across the country that could support native forests.

Planting, or regenerating, native forests instead of exotic timber is estimated by the report to provide $6,677 per hectare of monetised ecosystem services, including carbon sequestration, biodiversity and freshwater benefits, and social and cultural benefits. This is more than is estimated can be derived from exotic forestry ($6,092 per hectare), even taking into consideration the value of the harvested exotic timber.

Encouragingly, there is already strong support within the primary sector for the planting of natives. Native forests are considered a gold standard for afforestation projects, and their offsets are sought after by businesses to help them create value-laden products; Fonterra’s carbon-neutral Simply Milk, certified by Toitū Envirocare, is a good example. Manaaki Whenua’s most recent Survey of Rural Decision Makers also found that those who intend to plant trees in the near future on their land disproportionately plan to plant native trees, often citing guardianship or kaitiakitanga as the primary reason.

Work is underway across New Zealand at a variety of scales to support native planting, from the national One Billion Trees project to local council initiatives. Adjustments are being made to the Emissions Trading Scheme, and policy levers are being created to enable greater parity between native and exotic options.

The outlook – for our biodiversity and our social and cultural well-being, as much as for our economic progress – will depend on those levers being pulled. It remains an audacious step to take. 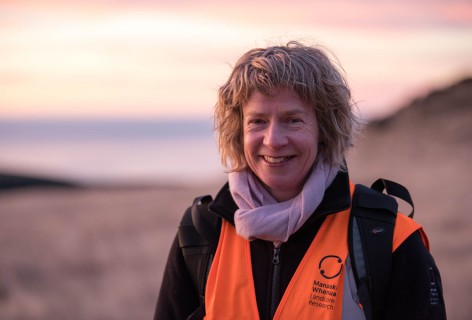