Satellites are keeping track of what Adélie penguins and other top predators get up to in the Antarctic, and those data are helping a multi-national research effort better understand the benefits of Marine Protected Areas in the Southern Ocean. 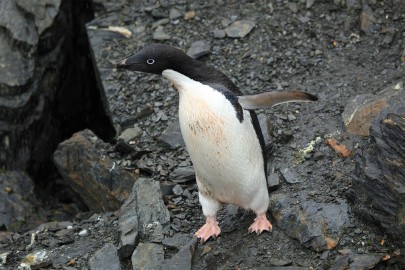 Manaaki Whenua - Landcare Research researcher Dr Phil Lyver says data from a decade of tracking Adélie penguins during their breeding season in the western Ross Sea was included in a study of movements of more than 4,000 individual animals and birds from 17 species, collected by more than 70 scientists across 12 national Antarctic programmes over 25 years.

This electronic surveillance created a database that was then used to identify Areas of Ecological Significance (AES) – those places where predators and prey converge in large numbers, and that play an important role in the life cycle of the tracked species.

The results coordinated by the Scientific Committee for Antarctic Research (SCAR) were published in the journal Nature recently. Lead author Professor Mark Hindell from the Institute for Marine and Antarctic Studies says the data show the Southern Ocean continues to feel the pressures of climate change and resource exploitation. The study provided the first step to long-term conservation by identifying the areas that are biologically productive.

Dr Lyver says the research showed international efforts and cooperation are required to manage and protect species that move beyond national jurisdictions.

“Our tracking data helped identify that areas over and within 200km of the Antarctic continental shelf and in two northerly aggregations were frequently used by top predators in the Southern Ocean.

“The distribution of AESs is associated with the availability of suitable habitats for breeding and resting, as well as regional oceanography and sea-ice dynamics that affect ecosystem productivity.”

He says the contribution by New Zealand researchers helped demonstrate the importance of considering the design and function of Marine Protected Areas (MPA) to ensure they are fit-for-purpose.

“Krill are a key component of the Southern Ocean food web and their potential depletion raises substantial concerns about the effects on Southern Ocean ecosystems. Using MPAs as a mechanism to help protect food chain integrity, such as krill stocks, is crucial,” says Dr Lyver.

Manaaki Whenua researcher Dr Dean Anderson says changes in the Southern Ocean driven by climate change will also impact Adélie penguin breeding and foraging behaviour and ranges, potentially outside the MPAs and current Areas of Ecological Significance. “We need to consider whether the MPAs are protecting all of the seascape used by the Adélie penguin as parts of their winter foraging range potentially outside of the Ross Sea MPA. So we need to understand where the birds from different colonies go during winter, and whether the MPA serves a purpose for those birds during this period.

“Our future research will focus on tracking Adélie penguins throughout the year, not just in the summer breeding season.”

Dr Anderson says the need for continued monitoring, including the work that Manaaki Whenua provides, and an appropriately designed network of protected areas will be crucial to the ongoing management actions of the Southern Oceans.

“The research project showed that the management of marine systems is complex, especially as species move between national and international waters.

“However, the research results highlight where future science-informed policy efforts might best be directed, including both adaptive spatial protection and improved robust management of fisheries. The Southern Ocean can be an exemplar of how science, policy and management can interact to meet the challenges of a changing planet.” 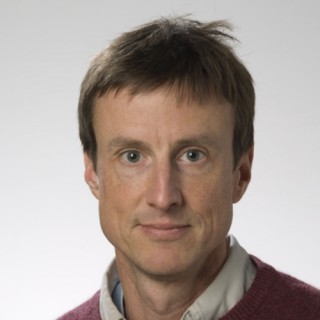