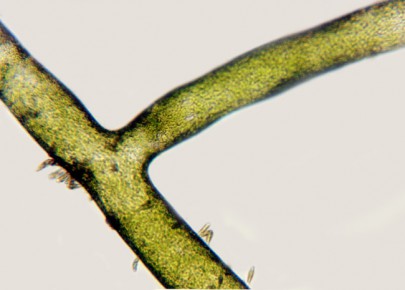 Xanthophyceans are also known as the "yellow-green" algae. Although they closely resemble green algae, they are quite distantly related. They are much closer relatives of diatoms and chrysophyceans, which share some ultrastructural features with the yellow-greens, including thylakoid and flagella structure. Unlike green plants, which store starch in their chloroplasts, yellow-greens store lipid products in their cytoplasm, outside their chloroplasts, which contain chlorophylls a and c (never chlorophyll b, which occurs in true green plants).

Although a wide variety of morphotypes are found among xanthophyceans, the diversity in this guide is modest and confined to taxa that are fairly common and easy to identify. These include the large siphonous alga Vaucheria, which is very common in streams, and lacks cross-walls in its filaments (except during sexual reproduction). Botrydiopsis is a unicell of greatly varying size and shape. Cell walls ;of the filamentous Tribonema are structured as overlapping H-shaped pieces, similar to those of the green alga Microspora which is, however, a very distant relative. 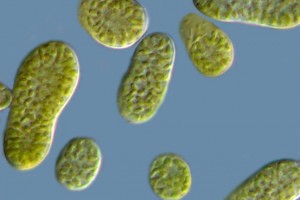 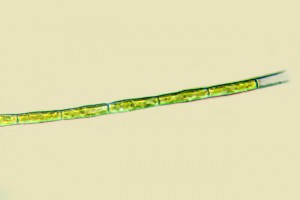 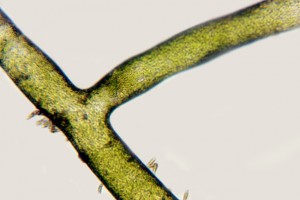