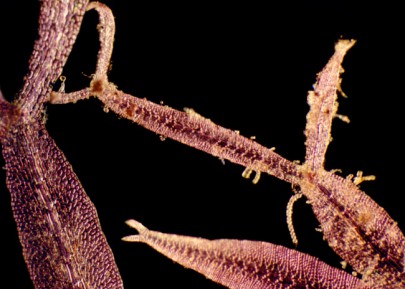 By far the greatest diversity of red algae (rhodophytes) occurs as seaweeds. However, there are about 150 species in freshwaters world-wide. Most of these are filamentous forms, including all the examples in this guide.

Rhodophytes appear red due to an accessory pigment that is often found in high concentrations in their chloroplasts. However, freshwater forms may appear grey, green, or blue-green. Of all the eukaryotic algae, their chloroplasts most closely resemble cyanobacteria, with unstacked thylakoid membranes and the pigments chlorophyll a and phycobilins.

Flagellated life cycle stages are entirely absent from the Rhodophyta.

Red algae do not usually form nuisance growths or produce toxins. Instead, they tend to be found in shadier habitats and are often quite unobtrusive. However, they are often very beautiful microscopically. For example, Batrachospermum possesses delicately whorled secondary branches around a thicker primary axis, and Bostrychia branches often end in a curled apex resembling emerging fern fronds. 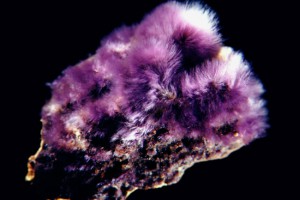 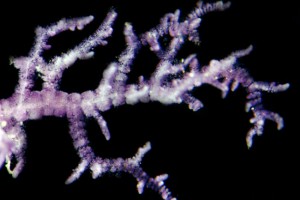 Smaller subbranches are fine and not noticeably tapering. 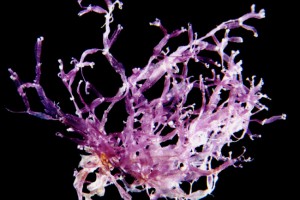 Many small cells compressed into branching tubes; young branches may be one cell wide.