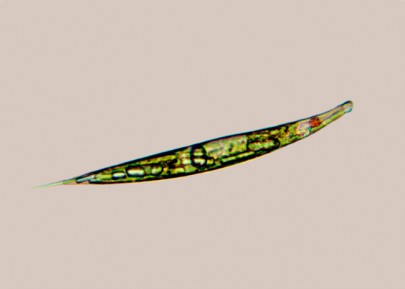 The most distinctive feature uniting euglenoids is their remarkable cell wall. This is known as a pellicle, and is made of proteinaceous strips, which in many species is able to flex and allow the cell to change shape. A large red eyespot located at the cell anterior, and involved in light sensing, is another common feature. Many species possess a single flagellum that originates in a pouch-like reservoir near the eyespot, passing through a canal to the exterior of the cell. Thus, euglenoids commonly possess more than one means of movement.

Apart from the well-known Euglena, the group includes Phacus, with a more rigid cell wall and characteristic discs of paramylon in the cell centre, and Trachelomonas, the Euglena-like cell of which is concealed inside a mineralised wall called a lorica. The flexible cell can often be seen moving inside the lorica. 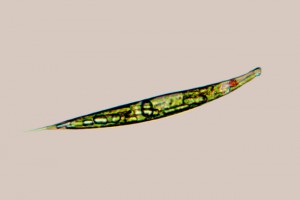 Cell outline continually changing due to flexible cell wall (pellicle; euglenoids); may be propelled by flagella. 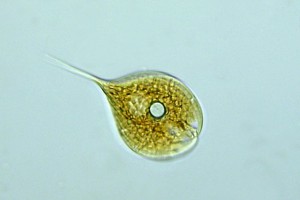 Cell with pointed tail at one end, and single flagellum emerging from reservoir at the other; disc-like ring of paramylon usually promine... 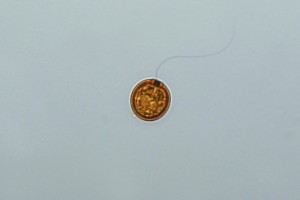 Flexible cell encased in a rigid, mineralised lorica (which may be pigmented); a single flagellum emerges through the lorica via a collar...