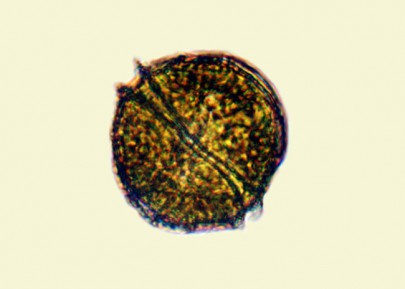 Dinoflagellates, as their name suggests, are mostly flagellate unicells, motile by using their flagella to swim. The arrangement of their flagella, however, is highly unusual. One trailing flagellum emerges from a longitudinal groove called the sulcus, but the second encircles the cell at its equator, and resides in a groove perpendicular to the sulcus, known as the cingulum. This situation results in a characteristic twirling motion while swimming.

Another distinctive characteristic of dinoflagellates is an array of vesicles surrounding the cell; when filled with cellulose, these take the form of plates (known as thecal plates), in which case the species is known as an "armoured dinoflagellate". These can include quite substantial processes, such as the horns of Ceratium. In other species, the vesicles are nearly empty, such as in the "naked" Gymnodinium.

Only about half of all dinoflagellate species contain chloroplasts, the organelles in which photosynthetic light capture takes place. Chloroplasts in different groups of dinoflagellates appear to have been acquired from different sources, including green algae and diatoms. This is likely due to the propensity of dinoflagellates to engulf food particles from outside the cell. 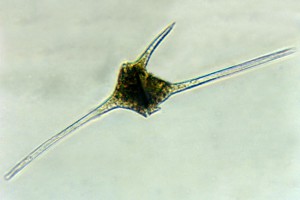 Cell is covered by thick armoured plates; long, sharp horns protrude from both ends of the cell. 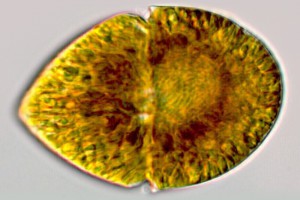 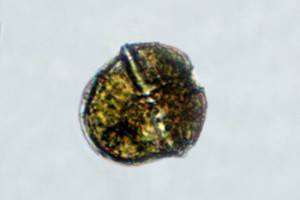 Cell is covered by thick armoured plates; if horns are present, these are short and blunt (cf. [Ceratium]).