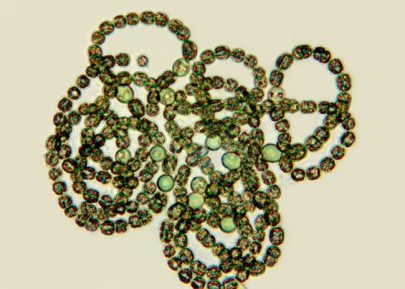 Cyanobacteria are also known as "blue-green algae", due to the colour of their cytoplasm in the absence of shielding pigments. However, they are fundamentally different from other algae in this guide, because they are prokaryotic (as are all bacteria). This means that they lack chloroplasts, nuclei, and other membrane-bound organelles. They do, however, photosynthesise - generate sugars and oxygen from CO2 and water using sunlight energy - by the same biochemical process as the eukaryotic algae. Instead of being bound in chloroplasts, their thylakoid membranes - the sites of light harvesting - are free in the cyotplasm. Therefore, they more closely resemble the chloroplasts of red and green algae than they do the cells of eukaryotic algae, and several lines of evidence confirm that cyanobacteria and chloroplasts have a close evolutionary relationship. It is generally accepted that ancient ancestors of modern cyanobacteria were engulfed by non-photosynthetic eukaryotes, an arrangement that ultimately led to modern chloroplasts.

An extremely significant additional ability of many cyanobacteria is nitrogen fixation (the fixation of atmospheric nitrogen gas into nitrogenous organic molecules that can be used by cells). This is essential for nutrient cycling, and is an exclusively prokaryotic invention, although it has been recruited by some eukaryotes (including the diatoms Epithemia and Rhopalodia) through various kinds of symbioses with bacteria.

Some cyanobacteria are well known to produce toxins. Their mass proliferation in a waterbody is therefore cause for considerable concern.

Cyanobacteria comprise four main morphological types. These are unicellular, colonial, and two types of filamentous forms. The filamentous forms are split into those with specialised nitrogen-fixing cells (heterocytes), and those without. Among these four groups, only the heterocyte-formers are thought to be a cohesive group in evolutionary terms - the other types of habit have evolved multiple times.

Some filamentous cyanobacteria producing branches of various kinds. So-called "false branching" is a situation in which the cells in the new branch are not continuous with those in the old branch; this can happen in different ways. In Stigonema and its near relatives, true branching occurs, and visible connections between cells. Since this genus is also heterocytous, this is an example of complexity to rival (or surpass) many eukaryotic algae - remarkable indeed given the common perception of bacteria as "simple" and "primitive". 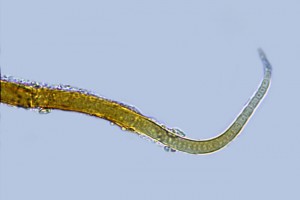 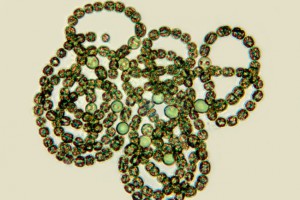 Filaments free-floating, not packed into a gelatinous colony. 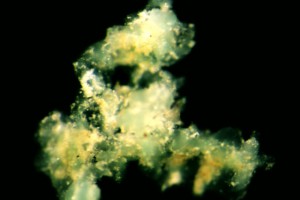 Small cells in mucilaginous masses, often attached to surfaces; cells are in clusters, dividing in perpendicular planes in successive cel... 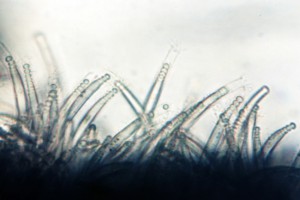 Filaments are short, usually attached to larger algae; chloroplasts and other organelles not found; cell contents blue-green or paler; ex... 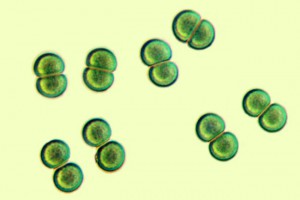 Cells usually not spherical, occurring in pairs or tetrads surrounded by jelly. 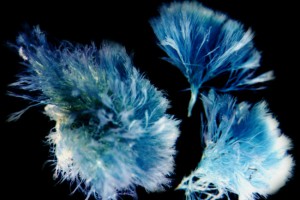 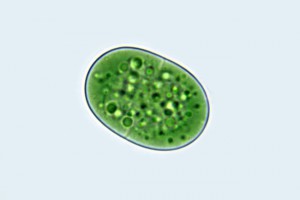 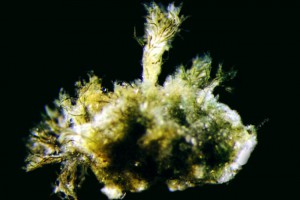 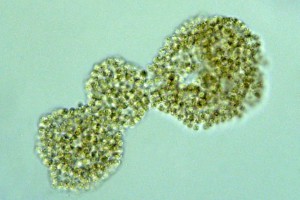 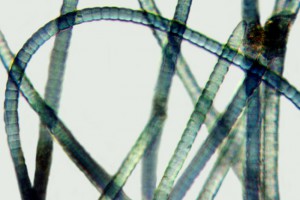 End few cells tapered, usually with a calyptra (cap) on the terminal cell, weakly constricted at crosswalls, without aerotopes. 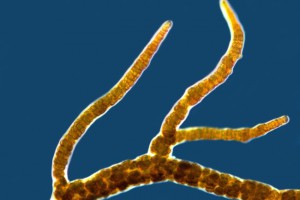