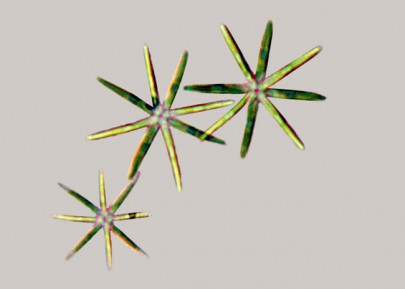 As in other green algae, chlorophytes store starch in their chloroplasts, which contain chlorophylls a and b. Chlorophytes are extremely diverse, and include both freshwater and marine representatives. They include Chlorella, which was famously used to elucidate the “dark reactions” of photosynthesis, and Chlamydomonas, which is the source of most of our knowledge of chloroplast genetics. Some are used to produce compounds for commercial applications, such as Haematococcus for its red carotenoids.

Chlamydomonas is a good representation of the basic chlorophyte unit, being a single cell with two equal-length flagella emerging symmetrically from its apex (four such flagella is another common number). Although many chlorophytes are filamentous, they have usually retained these types of cells somewhere in their life cycle, for instance at the gamete stage. However, these cells are rarely seen in field material. Some unicellular and colonial taxa have dispensed with flagellated stages altogether – at least as far as we know.

Distinctive groups of freshwater chlorophytes include those that form coenobial colonies – groups of cells of a characteristic number and shape, which give rise to daughter colonies directly. Scenedesmus is an example. Another group comprise colonies of Chlamydomonas-like cells embedded in a large gelatinous sphere, with the flagella directed outwards. The whole colony is motile and exhibits cellular differentiation (for example, Volvox). Oedogonium and its relatives, on the other hand, are filamentous, and display a bewildering diversity of life cycles. This includes the innovation of “dwarf males” in some species – an adaptation that maximises resource efficiency and ensures that sperm cells are produced in close proximity to fertile female cells.

Some chlorophytes, such as Ulva, occupy brackish habitats. Ulva is familiar to many as sea lettuce, but other species can tolerate substantial freshwater influence. Ulothrix also has both marine and freshwater representatives, showing that this group of chlorophytes have invaded fresh waters on more than one occasion in their evolutionary past. 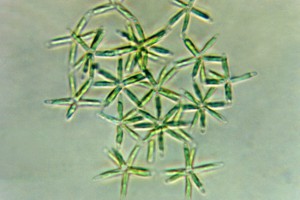 Long, spindle-shaped cells tapering to sharp points, weakly to strongly curved, row of pyrenoids absent; may cluster together in bundles. 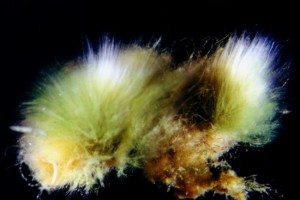 Long hair cells are present; cell division scars can be seen on the walls of some cells. 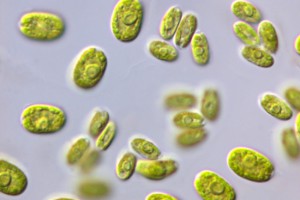 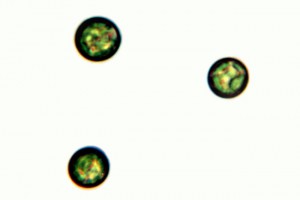 Cells small and spherical, with one cup-shaped or a few plate-like grass green chloroplasts. 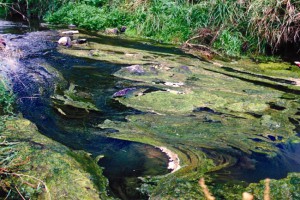 Cells are large, each containing a netlike green chloroplast with numerous pyrenoids; branch tips are rounded; structure is not embedded ... 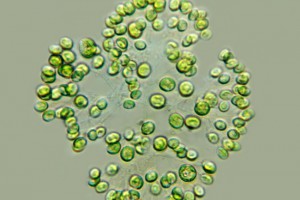 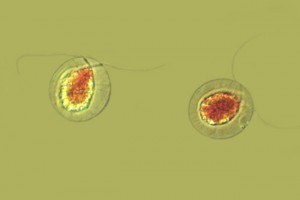 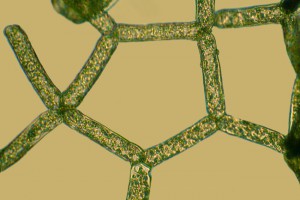 Branches anastomose to form a net. 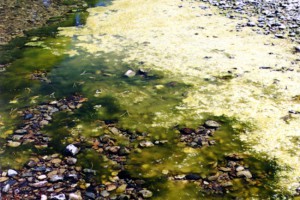 Some cell walls have cell division scars visible at one end; pyrenoids present in chloroplasts. 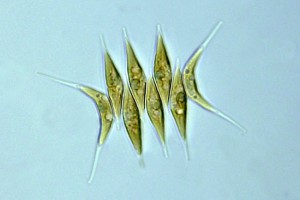 Colonial chlorophyte with roughly ovoid cells, most often seen as colonies of 4 cells arranged side to side. The cell walls are not ornam... 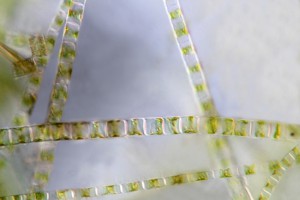 Chloroplast against the cell wall, often covering more than half the cell, containing many pyrenoids. 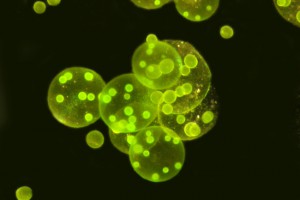 Colony very large (may be visible to naked eye) and hollow, often with daughter colonies visible within the large parental colony; cells ...