BioBlitz is a scientific race against time. It is educational. And it is heaps of fun!

The goal is to count as many species as possible in a 24-hour survey of a large urban area. The emphasis is on recording the total number of species, not naming every creature that has been found.

BioBlitz is a unique opportunity for scientists, students and the public to experience the vast array of species (biodiversity) living in an urban reserve. It is rare for so many different types of biologists to be able to work together in the same place, at the same time and on the same project.

Teams of specialist biologists (botanists, mycologists, entomologists, etc) search around the clock for every possible species they can find. Nocturnal animals, such as some insects and vertebrate pests, are much easier to find during darkness. Most species can be identified in the field.

Base camp is where identifications and data recording takes place. There are loads of scientists to chat to, microscopes to look down, interesting finds on display, and all the ‘field trips’ (guided walks) depart from here. On Saturday the Base camp stays open for visitors until midnight, then re-open again at 5am on Sunday. It is free to visit but allow plenty of time as there is so much to see and do. All information is recorded on our computer databases. The total number of introduced and native species is being tallied at hourly intervals, and announcements are being made at regular intervals.

Survey of the study area finishes at 3pm Sunday, having completed 24 hours of active searching time. The countdown to the final tally will start at midday Sunday with the Official Closing. The final tally is announced around 3pm.

BioBlitz generates a list of species found in the area. This will benefit successful urban management by identifying pest species that should be monitored or controlled, and native species that need looking after. The survey may reveal unique aspects of the area that were not known previously. As we gain valuable information about urban environments, we can begin to understand the extent to which urban areas are sustaining the richness of the regions biodiversity.

Why is biodiversity important?

We usually hear "biodiversity" associated with the vast number of species in tropical rainforests. Yet the diversity of life in our own backyards is phenomenal—there are hundreds of organisms. You have many more neighbours than you realise! Most of these neighbours are essential. The clean water, fertile soil, and air to breathe that we take for granted are all the result of the vast network of species performing the special tasks that are their role in life. Some people call biodiversity the “web of life” because it supports us every minute of the day. 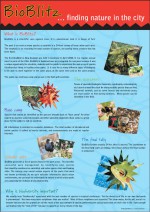 What is Bioblitz? The searchers, base camp, the final talley and the valuable data. 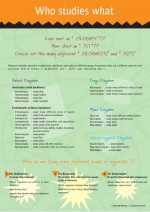 Ever met an "...ologist"? How about an "...ist"? Research scientists specialise in identifying, classifying and studying a different group of organisms. Each has a different name for their particular field of science. 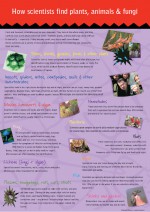 Plants, animals and fungi can be difficult to see easily - especially if they are very small, very shy or well camoflagued. Hence scientists use a variety of tools and techniques to help find what they are looking for. 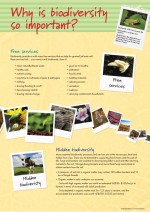 Biodiversity is the variety of life — it has several components: ecosystems or environments, species, genetic diversity, ethno-biodiversity. 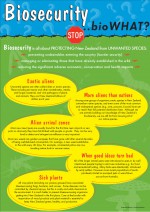 Biosecurity is about protecting New Zealand from unwanted species. 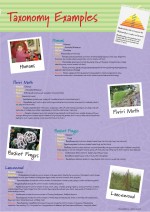 The taxonomy of lIfe 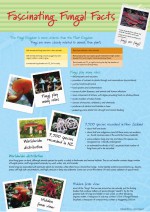 The Fungi Kingdom is more diverse than the Plant Kingdom. Fungi are more closely related to animals than plants. 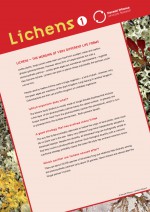 About 20% of fungal species live with a photosynthetic partner – mostly green algae but sometimes cyanobacteria – together they become lichens. 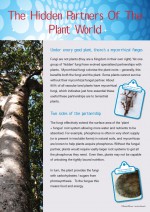 The hidden partners of the plant world

Under every good plant, there’s a mycorrhizal fungus. 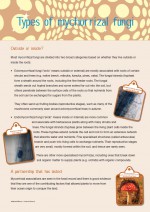 Most mycorrhizal fungi are divided into two broad catergories based on whether they live outside or inside the roots of plants. 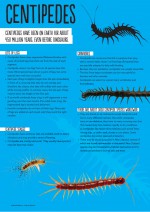 Centipedes have been on earth for about 450 million years, even before dinosaurs. Centipedes have lots of eggs, are carnivores (they can kill or parlyse their prey with venom-laden claws) and are mostly nocturnal. 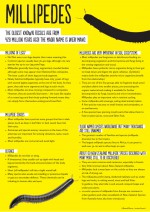 The oldest known fossils are from 480 million years ago. Millipdes do not have millions of legs, they don't bite or sting and and if threatened they curl up into a tight ball. 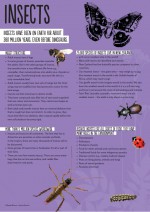 Insects have been on earth for about 380 million years. About 25,000 species of insects live in New Zealand — 90% occur nowhere else in the world. 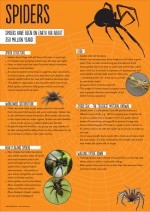 Spiders have 8 legs with 48 'knees' (6 joints on each leg). They have 2-7 silk gland — spider silk is twice as strong as steal but very elastic.