Tackling Moluccan Albizia for the Pacific

Moluccan albizia (Falcataria moluccana) is a fast growing, nitrogen-fixing tree native to the eastern islands of the Indonesian archipelago, Papua New Guinea and the Solomon Islands. It was introduced to the Pacific region to provide shade and nutrients to crops, to stop erosion, to reforest degraded areas and for ornamental purposes. However, it soon became invasive in several of these islands, including Hawai’i, American and Western Samoa, the Cook Islands, Fiji, Guam, Niue, French Polynesia, Palau, Wallis and Futuna, the Federated States of Micronesia and New Caledonia.

Moluccan albizia exhibits many characteristics that contribute to its invasiveness.  It is among the fastest growing tree species, with a specimen from Malaysia featuring in the Guinness World Records for reaching a height of 10.74 m in 13 months. Moluccan albizia produces large amounts of long-lived, wind-dispersed seeds, can establish easily in disturbed areas, and can grow in a variety of soil types. In its invasive range, Moluccan albizia outcompetes native species, and can reach heights of 35-40 m, producing an expansive, umbrella-shaped canopy. It has been shown to alter terrestrial and aquatic ecosystems in Hawai’i by preventing the establishment of native flora in favour of exotic species, increasing decomposition rates and soil nutrient availability, modifying food webs in streams and increasing nitrogen in waterways. 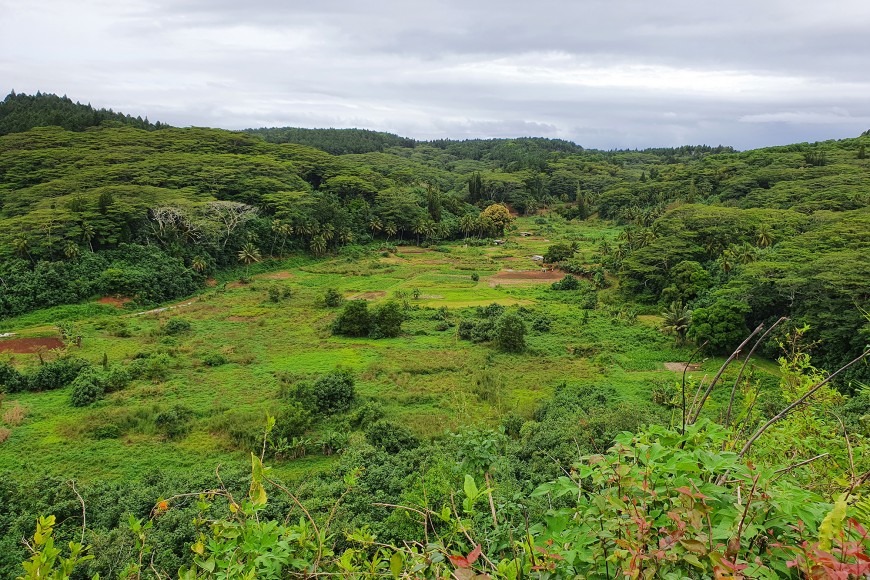 Due to its fast growth rate, Moluccan albizia easily loses large branches with age, wind or heavy rain which constitutes a major hazard for infrastructure, waterways and humans. As a result, trees can cause severe damage during tropical storms and cyclones. For example, tropical storm Iselle which hit Hawai’i in 2014, brought down thousands of trees, stranding residents for days and costing millions of US$ in repairs. Further, the safe removal of a mature Moluccan albizia tree in Hawai’i was estimated to cost between USD 2,000 and 10,000, making control efforts extremely costly.

“Although Moluccan albizia is not yet seen as a threat to the environment and communities in many of the Pacific islands it invades, the severe impacts of this species in Hawai’i and Samoa are an indication of what might happen if control measures are not implemented,” said Chantal Probst who led a feasibility study on biocontrol options for this invasive tree in the Pacific. “Climate change is also expected to exacerbate the ecosystem and socio-economic impacts of this weed. Therefore, exploring the feasibility of biocontrol was a high priority for our Pacific programme,” she added.

In southern Asia, where Moluccan albizia is cultivated for timber, a high number of damaging arthropods and pathogens have been recorded from plantation trees. Further, Moluccan albizia is already a biocontrol target for Hawai’i. Surveys for natural enemies in Indonesia and Papua New Guinea were undertaken by the United States Department of Agriculture Forest Service and the Hawai’i Invasive Species Council, with several arthropod species collected that attack the leaves, stems and roots of Moluccan albizia.  A total of 70 arthropods from 34 families were included in the feasibility study. Two of these, a stem-boring weevil and a leaf-galling mite, which are potentially very damaging with narrow host ranges have been selected for further study. Both of these candidates still need to be formally identified and named by taxonomists.

A total of 64 fungal species were found to be associated with Moluccan albizia. Among the pathogens, the most promising is a gall-forming rust fungus (Uromycladium falcatariae). “This rust causes galls to develop on the leaves, petioles, pods, branches and stems of Moluccan albizia. The galls can girdle stems and shoots, preventing the flow of nutrients, defoliating trees, and eventually killing seedlings and even mature trees,” explained Chantal. “The rust is clearly a damaging natural enemy of Moluccan albizia. Its infection of plantation trees in Indonesia and Malaysia sparked research into finding resistant varieties to minimise impacts on forestry production,” she added. Uromycladium species are also known to be highly host specific, and two species have been used as biocontrol agents for other leguminous trees in South Africa.

“The next step is for Manaaki Whenua – Landcare Research to import the mite and the rust from Papua New Guinea for host range testing,” said Chantal. Our colleagues in Hawai’i plan to import the stem-boring weevil from Indonesia for further study. We are working together now to seek solutions. “If these potential biocontrol agents look to have promise, there will be further dialogue with Pacific communities about the opportunity they present, and where they might be deployed in addition to Hawai’i,” she added.

This feasibility study was undertaken as part of the Managing Invasive Species for Climate Change Adaptation in the Pacific (MISCCAP) programme, funded by the New Zealand Ministry of Foreign Affairs and Trade. 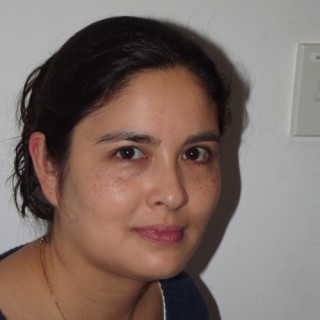