Weed biocontrol has several proven advantages over conventional control methods, yet concerns over its environmental safety persist. This is despite evidence that modern host range testing protocols are highly reliable. Globally, examples of biocontrol agents that cause persistent damage to non-target plants are rare and declining as host range testing protocols are refined and improved. For the small proportion (less than 1%) that have serious non-target impacts, the non-target attack was predictable and those agents would not be approved for release today.

However, it is possible that non-target attack is under-reported, particularly when impacts are minor, due to a lack of rigorous post-release monitoring. In New Zealand, systematic surveys were undertaken to assess the non-targets impacts of several biocontrol programmes. Here, 8 out of the 33 (24%) arthropod agents surveyed attack non-target plants, which is higher than the world average of 13%. This higher figure is probably due to greater sampling effort in New Zealand, where only minimal to minor damage to non-target flora has been recorded. Nevertheless, even minor non-target attack is potentially concerning if agents adapt due to selection pressures (external factors that affect an organism’s ability to survive), allowing them to exploit non-target plants more effectively.

In a recent publication, Quentin Paynter and colleagues from South Africa and Australia discuss new insights and developments on non-target impacts of weed biocontrol.

Most examples of this are ‘spill-over damage’ (non-target attack on related plant species growing in the vicinity of the target weed, when agent densities are high), which is unlikely to cause significant negative impacts at the population level. Herbivorous insects are known to expand their host ranges during population outbreaks, and effective biocontrol agents are likely to have population outbreaks for a period of time following their release. Laboratory host range testing protocols have been developed to predict this spill-over attack on plant species that cannot sustain agent populations.

It is a generally accepted principle in weed biocontrol that the laboratory and fundamental host range of a biocontrol agent is much broader than its realised/ field host range. This can make host range test results difficult to interpret, and can potentially result in the rejection of safe agents. Pre-release assessments of the impacts of agents on non-target test plants over multiple generations can help in assessing risk and refining predictions of the realised host range. Open-field tests in the native range have also been improved to replicate situations that might occur after they are released into their introduced range in order to predict non-target host use.

Another, more recent, approach to improving the predictability of host-range testing is the “relative performance” approach. Biocontrol practitioners in New Zealand effectively demonstrated, using all the arthropod agents established here between 1929 and 2010 as case studies, that the relative performance of candidate biocontrol agents on potential non-target and target plants is an excellent predictor of host use in the field. This approach was recently corroborated by a study in North America, although it demonstrated that common methods of host specificity screening are still insufficient to eliminate risk, without also excluding some agents that would be host specific in the field.

Novel techniques aimed at investigating the importance of olfactory and visual cues for arthropod agents in host selection have been developed, and the authors suggest that the use of demographic models in host range testing to predict the implications of non-target damage at the population level could improve risk assessments.

A common criticism of biocontrol is the lack of studies to help understand the indirect effects of releasing biocontrol agents into new environments, although these are inherently difficult to predict and quantify. This includes indirect impacts on food webs and ecosystems, such as “apparent competition” (indirect competition where two or more species, including a biocontrol agent, share a natural enemy such as a parasitoid that might increase in abundance in the presence of a biocontrol agent).

“Weed biocontrol agents that have ecological analogues (native arthropods taxonomically closely related that have a similar feeding niche) are susceptible to attack by parasitoids that attack their analogues,” explained Quentin. “This potentially reduces their efficacy and increases the likelihood of indirect non-target impact. In New Zealand, it is now common practice to give low priority to candidate biocontrol agents that have native analogues,” he added.

A similar approach may help predict the risk of indirect ecological impacts of predators. For example, the gorse thrips (Tetranchus lintearius) and the broom gall mite (Aceria genistae), have close relatives here that occupy similar niches on native plants in the same families as their target weeds. Both of these agents are attacked by native specialist predators in New Zealand, in the same genera as their primary predators in their respective native ranges.

However, most predators that attack weed biocontrol agents are generalists, and if we assume that some predation by generalist predators is inevitable, so are some indirect interactions of this. “The key to minimising these impacts is to select effective biocontrol agents that decline in abundance as the target weed is suppressed,” said Quentin. “And although competition and apparent competition may lead to declines in some native species, they are unlikely to cause extinctions of any of these species. Invasive plants have much greater impacts on native biodiversity, so the risk of doing nothing is worse than some indirect negative impacts of the agents,” he added.

Several species of sap-sucking bugs are able to transmit disease-causing bacteria during feeding. This includes the broom psyllid (Arytainilla spartiophila), which vectors a bacterium (Candidatus Liberibacter europaeus) that was unknown to science in 1993 when the psyllid was released in New Zealand to control Scotch broom (Cytisus scoparius). Although this bacterium may actually enhance the biocontrol impacts of the broom psyllid, there are concerns it could be transmitted to non-target plants (e.g. if broom psyllids pierce other plants with their mouthparts as part of their host selection behaviour, or if feeding by generalist sap-sucking bugs vectors the bacterium from broom to other plant species).

Several studies have demonstrated the importance of using molecular techniques to detect micro-organisms (e.g. fungal associates and gut microbiota) associated with candidate biocontrol agents. Not only will this help to identify unwanted associated organisms prior to their release, but it could also prevent the release of populations of agents infected with debilitating, pathogenic micro-organisms that could reduce their efficacy.

Can risks change over time? Evolution and climate change

Biocontrol agents do not exhibit extreme evolutionary adaptation, and any micro-evolutionary changes are unlikely to result in host range shifts. It is possible, however, that nontarget attack that is already taking place may increase over time due to selection pressure. Geographical range expansion of a biocontrol agent, as a result of evolutionary change, has been reported in North America. Thus, potential non-target plants that occur outside of the predicted distributional limits of a candidate biocontrol agent may still be at risk and should be included in host range testing.

Climate change could potentially alter the risk of non-target impacts of biocontrol agents. Potential scenarios include an increase in spill-over attack if agent abundance increases due to warming temperatures, and range expansion of biocontrol agents into areas where at-risk non-target plants occur due to changing climates. Predicting the consequences of climate change for weed biocontrol systems is very difficult, because plants and insects will vary in their responses to elevated CO2, warming temperatures and extreme weather events.

In conclusion, despite the excellent and improving safety record of weed biocontrol worldwide, further refinement of host range testing protocols is desirable to avoid the rejection of safe agents due to over-estimation of risk. More monitoring is needed to detect any non-target attack and indirect negative impacts of biocontrol agents, and to investigate whether evolutionary and/or climate change can enhance the ability of agents to attack non-target plants.

“New Zealand’s exemplary regulatory system, which weighs the risks against the potential benefits, as opposed to only the risks, helps to avoid rejecting safe and effective candidate biocontrol agents,” said Quentin. “And ideally, risk assessments should also consider the impacts of the target weed so that the risk of doing nothing versus the potential benefits from biocontrol are included in all assessments.”

This project was funded by the Ministry of Business and Innovation as part of Manaaki Whenua – Landcare Research’s Beating Weeds programme. 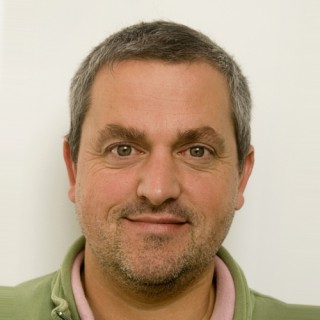