Hieracium (Hieracium and Pilosella species) or hawkweeds, are perennial herbs in the plant family Asteraceae that have dandelion-like yellow flowers. They are serious pasture weeds in New Zealand that form dense mats of tight, interconnected rosettes, with thick underground root systems. Hieracium can grow under harsh environmental conditions (cold temperatures, low rainfall, poor soils and little shade), and they are allelopathic, producing toxic chemicals that suppress the growth of other plant species. 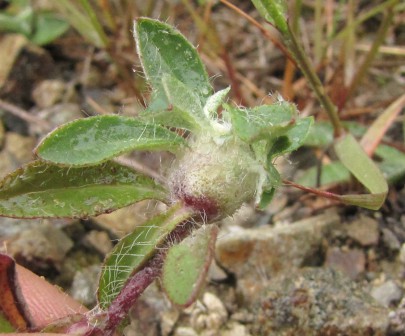 Hieracium with a wasp gall

Several biocontrol agents were introduced to control hieracium here, all of which were released between 1999 and 2002. These include a plume moth (Oxyptilus pilosella), a gall wasp (Aulacidea subterminalis), a gall midge (Macrolabis pilosellae), a root-feeding hoverfly (Cheilosia urbana) and a crown-feeding hoverfly (Cheilosia psilophthalma). Twenty years on, we conducted a thorough assessment of the establishment, spread and impacts of the agents, and are investigating the origins of the hieracium species in New Zealand using molecular techniques.

The project started with revisiting release sites at high-country farms in Canterbury and Otago in the South Island, and on the Central Plateau of the North Island, to check on progress. Unfortunately, plans to visit release sites in Marlborough were disrupted by Covid-19 travel restrictions. Paul Peterson, who is leading this project, together with recent retiree Lindsay Smith, who worked on the hieracium biocontrol project from its inception, developed the monitoring methods and conducted the first few site assessments. The remaining sites were assessed by Paul, with the help of Gavin Loxton, a high-country farmer from the Mackenzie Basin, Barry Wills (self-employed) in Otago, and Peter Espie (AgScience) in Canterbury. Altogether more than 60 sites were visited. “At each site a search for the biocontrol agents was performed along transects to look for evidence of establishment, and vegetation in quadrats was assessed to estimate the impacts of the agents that were present. Hieracium plants growing at various distances from the release sites were also checked to measure dispersal of the agents,” explained Paul.

The research showed that the gall wasp and the gall midge have established in both the North and the South Islands, although their establishment rate and efficacy differ between the two. The plume moth and the two hoverfly species were not recovered at any of the sampling sites and are presumed to have failed to establish, which was not surprising given the small numbers released.

In the South Island, gall wasps were recovered from 92% of the sites and had dispersed widely, whereas gall midges were recovered from 73% of the sites and were only present near the original release sites. Despite the widespread distribution of the gall wasp, only 4.5% of hieracium plants were galled by the wasp, compared with 9.5% of plants that were galled by the midge. In the North Island, gall wasps were only recovered from 15% of the release sites and evidence of their dispersal was limited. The gall midge has been more successful, establishing at 80% of release sites and dispersing over 10 square kilometres from the original release sites. A study in 2006 showed that up to 33% of hieracium plants were galled by the midge, compared to less than 1% by the wasp. “The 2006 study also showed that the gall midges had reduced hieracium cover by up to 18% at sites in the North Island, where galling was most intense,” said Paul.

Although site comparisons over time show that hieracium densities have been reduced by 10% in the South Island, this is predominantly attributed to changes in land management practices, such as irrigation, cultivation and reduced grazing pressure, rather than biocontrol. This conclusion is backed by the accounts of high-country farmers in Marlborough in a news article on hieracium trends in the Awatere Valley.

With the project nearing completion, we now know that biocontrol of hieracium is not very effective in the South Island. New biocontrol agents – or new genotypes of the biocontrol agents already released, or bigger releases of agents that failed to establish – may need to be considered. “This is where molecular studies to determine the origins of hieracium species and populations are crucial. The DNA technology to compare native and introduced range populations of weeds was not available 20 years ago, which meant we couldn’t focus our search to source candidate agents that are well adapted to hieracium in New Zealand,” explained Paul. “Once this aspect of the research is complete, we will assess the feasibility of starting up a fresh search for candidate biocontrol agents in the native range,” he added.

This project was funded by Sustainable Food, Fibres and Futures (SFFF), administered by the Ministry for Primary Industries. 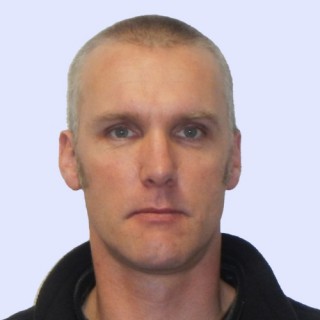