This September 2021 sees the conclusion of the 5-year MBIE Endeavour Fund research programme Reducing nitrogen losses from farms’. The focus of this work has been the need for practical management strategies to reduce nitrogen (N) losses and greenhouse gas (GHG) emissions from agriculture, particularly from the intensive, irrigated dairy farming that is widespread on the stony soils of Canterbury.  The concept central to the programme is that management practices that increase carbon (C) input to the soil lead to retention of both C and N as soil organic matter. To identify such practices, we have employed: 1) small-scale laboratory studies of the processes linking C, N, and soil microbial communities; 2) plot-scale manipulations of forage species and C supply; and 3) paddock-scale monitoring of C, N, and water balances. We used findings of these studies to inform a process-based model to simulate the effects of different management practices. 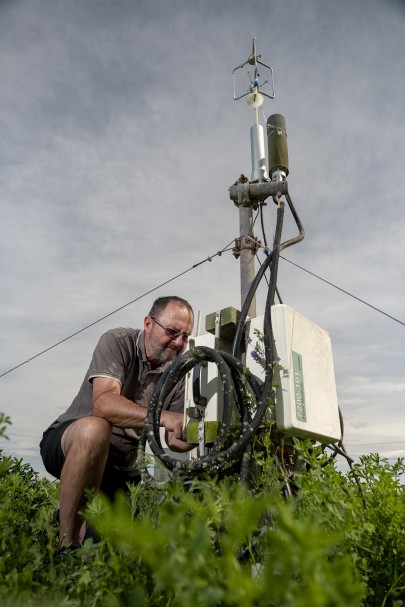 At the small scale, we have demonstrated the importance of accessibility of C substrates in regulating retention of C and N transformations in the soil. Experimental additions of minerals that protect soil organic matter from decomposition not only slowed the release of C as carbon dioxide but also reduced N2O emissions. The addition of labile C to soil reduced both N leaching and soil nitrate concentration due to immobilisation of N in microbial biomass. Plant roots are an important source of labile C to the soil and their exudates were shown to affect rates of nitrification. Experimental manipulation of forage crop species was shown to reduce N leaching losses, particularly when species with greater winter activity were included. While much of the previous research on soil C and N cycling has focused on the top 0.3 m of soil, our work also demonstrated the importance of the subsoil, which has a distinct microbial community and C and N cycling is more tightly coupled to microbial activity compared with the surface. These results highlight the potential for manipulating soil microbiology to reduce N losses, particularly using deep-rooted plants to increase C input to the subsoil.

At the paddock scale, 5 years of C balance measurements in lucerne grown on stony Canterbury soils showed soil C losses of 1–3 Mg C/ha/y, with greater losses occurring under irrigation with water and dairy-shed effluent relative to non-irrigated lucerne. This is contrary to the common perception of farmers and scientists alike who generally consider that irrigation increases soil C stocks. Under irrigation, intensive harvest removes C taken up by increased production while a high soil water content creates favourable conditions for decomposition by microbes that would otherwise be water limited. Grazing rather than cut-and-carry management was shown to reduce C losses or lead to C gains. However, N leaching losses were three times greater under grazing compared with cut-and-carry management. Likewise, N losses under irrigation were consistently higher, 39–102 kg N/ha/y, than non-irrigated lucerne, 7–30 kg N/ha/y. To address the trade-off between C and N losses, 2,000 simulations of different irrigation and grazing management scenarios have been run using the APSIM model to determine the optimal strategy to reduce losses or gain soil C while minimising N leaching.

The culmination of this research programme has been the successful completion and awards of three PhD degrees, numerous academic journal articles, and articles in industry newsletters, with more publications expected over the next year. As well, we continue to engage with Environment Canterbury, Overseer modellers, and farmers to translate our results for informing policy to set environmental regulations and develop management tools. We look forward to the recommendations from our research contributing to NZ meeting targets set out by the National Policy Statement for Freshwater Management and Zero Carbon Act. 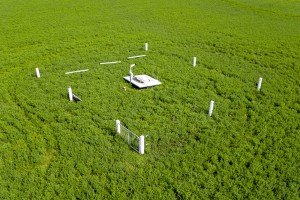 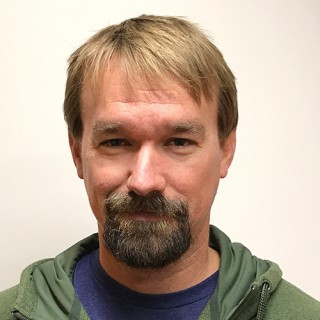