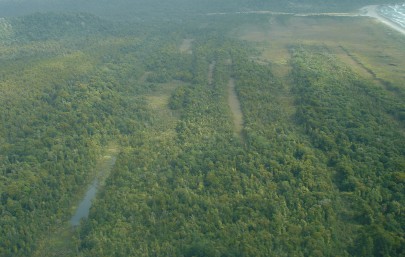 These are small, nutrient-enriched, vegetated, moist depressions between shore dunes or in a sandbank, especially those which periodically hold slack (scarcely moving) water at times of highest tides (Johnson & Rogers 2003). In a broader sense these ecosystems include dune hollows, deflation hollows, and swales.

We have no information on threatened invertebrates.

Historically, extensive dunelands were converted into farms and forestry. Very few unmodified dunelands remain. Dune slacks in agricultural settings are grazed, trampled, and highly modified. Very few are fenced. Nutrient enrichment from fertiliser and stock, and drainage, are problems in agricultural settings. There is pressure on coastal systems as urban centres spread in highly sought after coastal locations. Some remote areas are less affected.

Natural dune-building processes cause local erosion; however, coastal erosion is a natural process.

Recreation can have impacts in places, especially near urban areas with off-road vehicles such as dune buggies, etc.

Climate change does pose a threat to small isolated systems.

Dune slacks are widespread in association with active sand dunes and occur in many coastal areas of the North, South and Stewart islands, and on some offshore islands as well.