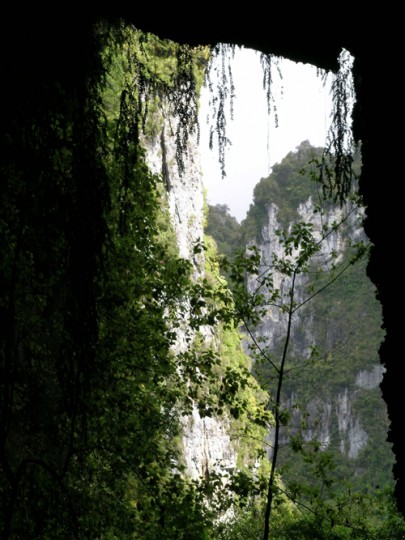 This ecosystem comprises the opening of a cave, extending just to the furthest limit of light penetration. Sites typically are shaded and may be either wet or dry. They may include cave walls and associated rockfalls and the cavern floor. Implicit in this definition is that the entrance leads to an area that is sufficiently large not to receive daylight. They occur primarily in calcareous karst landscapes but also in other rock types, including volcanic rocks. This definition excludes smaller spaces like cliff cavities and rock shelters.

Few weed species are capable of establishing in cave entrances, although herbs such as Hieracium spp. can be a problem on moist well-lit entrances of limestone caves. Cave entrances are not threatened in protected areas, but agricultural activities can physically impact on entrances both directly or indirectly through, for example, vegetation removal beyond the entrance which exposes entrances to increased light, desiccation, and greater temperature fluctuations. Roading and other construction activities can have similar impacts. Direct erosion and unnatural drainage and runoff can be an issue, especially where the cave entrance is downslope from land development. Cave entrances, especially where these are dry, are often used by goats for shelter, often with significant impacts. Others are used for dumping rubbish. Entrance floors, especially, are likely to be impacted by unrestricted access for recreational use.

There are hundreds of known caves in New Zealand, many with multiple entrances. They are dotted liberally through at least 30 major and many minor karst areas, from Northland to Southland. The main karst areas with cave entrances are in the western Waikato-King Country, NW Nelson, and Westland. In addition there are many coastal sea caves in basalt and other volcanic rock types such as on Banks and Otago peninsulas.