The Invertebrate transitional and containment facility is a registered Physical Containment level 2 (PC2) building for the containment of invertebrates.

Invertebrates, mainly insects are imported, under approval from the Environmental Protection Authority and the Ministry of Primary Industries, for a wide range of projects such as fundamental research, laboratory experimentation and weed biological control programmes. In the latter case, insects are first imported into our facility to complete host testing. This procedure ensures that any potential biocontrol agents are shown to be specific to the target plant species only. Before being released from the facility the insects must have their identity confirmed and that they are free of diseases by recognised authorities. While in the containment facility the insect colonies need to be maintained ready for release from containment and then mass reared for field release into the New Zealand environment. Many insects are collected in the Northern hemisphere during their summer, our winter, and so we need to rephase them through a short winter so they are cycling on our summer/winter seasons before they can be released.

The containment facility has a dual purpose here in that we can contain insects while awaiting release approval and then we can change the rooms to non-containment and begin rearing the insects inside the facility in artificial conditions.

The facility is certified under the Biosecurity Act and run under the MPI Laboratory Standard 154.02.08 and externally audited by MPI to maintain its cerification.

The facility plays a major role in the successful importation, host testing, rearing and release of weed biocontrol insects in New Zealand.

We have 12 rooms in total of which four are dual purpose rooms that can be switched from PC2 containment to non-containment rearing rooms. Four rooms are rearing only rooms and five rooms are PC2 only. All rooms have lights and can be programmed for day and night temperature settings. Two rooms have glass roofs allowing natural light conditions which can significantly aid insect rearing and plant growth. 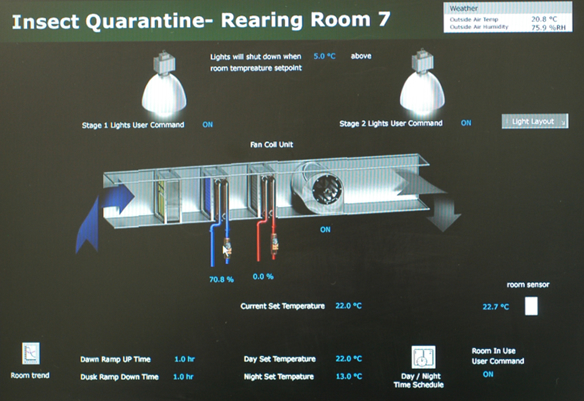 We have three laboratories in the facility two are inside the PC2 area, one a wet laboratory and one a dry microscope area.

The facility has a large autoclave which can be used inside the PC2 area or accessed from outside by other staff. The autoclave is used to sterilise soil and plant material before it can be removed from the facility.

There is also a laboratory outside the PC2 area for general laboratory work and is regularly used by science staff from the Biocontrol & Molecular Ecology and the Land Use & Ecosystem Teams. 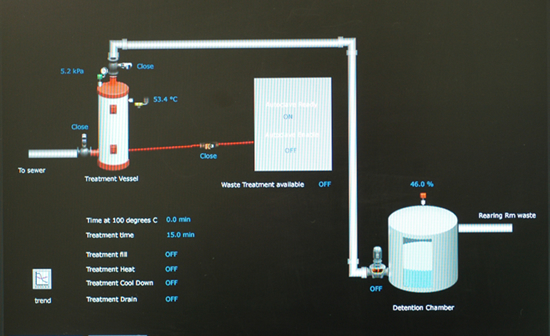 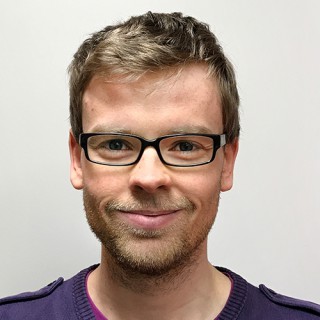