When hunters become the hunted

Manaaki Whenua’s research capabilities are in demand worldwide, even in the Southern Atlantic Ocean where mice are decimating seabirds on remote Gough Island. 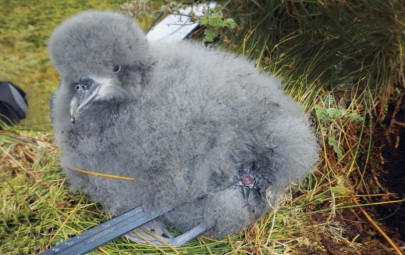 Manaaki Whenua’s rodent ecologist Araceli Samaniego travels to the island in May to join the season’s Gough Restoration 2021 programme, an ambitious attempt to achieve mouse-free status on a much larger island than previously achieved worldwide.

Around eight million seabirds raise their chicks on Gough Island annually. Many of them are burrow-nesting, including several species of petrel and the near-endemic and endangered MacGillivray’s prion.

Rodents are seriously affecting populations of all the burrow-nesters, and with near or total breeding failure almost every year for the past 4 years, the MacGillivray prion will face extinction if mouse predation is not checked.

Dr Samaniego brings her experience working on eradicating invasive rodent populations from islands around the globe. The team hopes to have totally eradicated mice on Gough Island by the end of the programme in late August.

Gough Island Restoration 2021 is an international biodiversity restoration effort. Araceli joins colleagues from the UK’s Royal Society for the Protection of Birds, Mexico’s Grupo de Ecologia y Conservacion de Islas and the Royal Zoological Society of Scotland, as well as staff from the Department of the Environment, Forestry and Fisheries in South Africa. 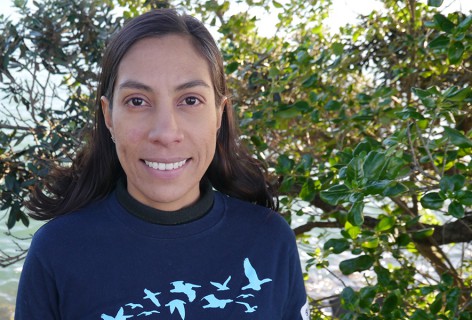