Weka tucker – could mice and rats be on the menu?

A recent study has suggested that New Zealand’s native scallywag bird, the weka (Gallirallus australis), may be able to help restore native biodiversity by suppressing pest animals such as rats and mice. The study, published in the New Zealand Journal of Ecology, found that rats, mice, and even rabbits have been recorded as weka tucker. 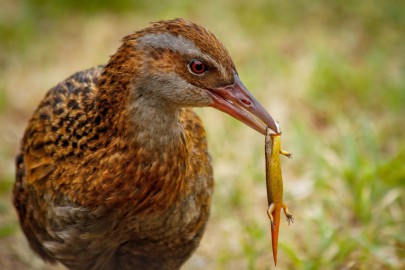 “Māori sometimes introduced weka to offshore islands as a form of rat control,” says study lead Dr Jo Carpenter, a post-doctoral researcher at Manaaki Whenua – Landcare Research. “And some European settlers agreed that weka did a better job at controlling rabbits than introduced stoats and ferrets. It’s possible that weka could play a part in suppressing some invasive mammals today.”

Carpenter and her co-authors scoured reports and papers to put together a comprehensive list of weka foods, and found that several studies had recorded weka consuming rodents and rabbits. Their findings suggested that weka might be a valuable tool for ecosanctuaries such as Zealandia and Maungatautari, which experience large increases in mouse numbers following the eradication of rats and stoats.

But the weka’s tendency to feed on native species as well as introduced ones make them controversial for conservation practitioners.

“Ecosanctuaries often exclude weka, because they’re worried about the impact weka may have on other native threatened species,” says study co-author John Innes, also from Manaaki Whenua. “Conservation practitioners need a nuanced understanding of role of weka in New Zealand’s ecosystems, so that the benefits of reintroducing them can be balanced against their possible negative effects on other threatened animals.”

The team also reviewed all the evidence for weka eating native species. They found that while weka had been recorded eating native lizards, and the eggs and chicks of ground-nesting birds, very few studies had measured whether weka had actually caused a decline in these animals’ populations.

“We need more studies that actually measure species density with and without weka, so that we can understand whether they are likely to have negative impacts on certain species,” says Carpenter. “Historically, our native animals evolved and co-existed with weka and other native predators, like the giant Haast’s eagle. But now many native species – including weka – have been much reduced by introduced mammalian predators. This means that some populations of native species may not be able to withstand native predators right now.”

Ultimately, however, the study showed that weka are an important part of New Zealand’s unique ecosystems, and should be restored to their native range where possible. “Weka are charming and cheeky,” says Innes. “Therefore, restoring weka can provide an opportunity to restore lively relationships between people and native birds, as well as possibly offering some pest control benefits.” 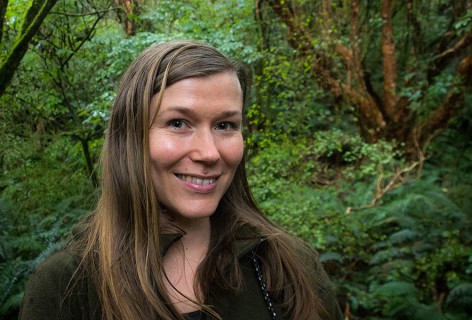