Pest control of invasive mammalian species – rats, mice, stoats, possums, and the rest – is a key priority for Aotearoa New Zealand to prevent further decline of our iconic, endangered native species, and to support the Predator Free 2050 initiative. One limitation of current vertebrate toxins for pest control is that they are relatively broad-spectrum. Although risks to non-target species are carefully mitigated when these toxins are used, there remains a critical need to expand our toxin toolbox by developing new, highly pest-specific toxins.

Toxins work by altering normal chemical pathways in animal or plant cells, disrupting the cellular proteins or processes critical for life. Toxins can be species-specific at a molecular level through having different absorption and processing properties between species – this is why chocolate, which contains a chemical called theobromine, is poisonous to dogs at relatively small doses; dogs can’t metabolise theobromine effectively, whereas in people it acts as a mild stimulant.

Dr Hendrikse’s work is taking advantage of recent advances in the sequencing of the genomes of several key mammalian pest species – stoat, ship rat and possum. The complete stoat genome, with over 2.4 billion DNA bases and more than 20,000 identified protein-coding genes, was deciphered and published in 2020 by an international collaboration led by Manaaki Whenua’s Dr Andrew Veale.

As a key approach for the project, Dr Hendrikse is developing methods very similar to the ways antibiotic screening is done in the pharmaceutical industry. Screening and comparing “protein target libraries” of various species’ genomes enable proteins to be pinpointed that are critical for life and differ between species.

The initial focus is on the G protein-coupled receptor protein family, as these are commonly used as therapeutic targets for human medicine, are already studied extensively and are relatively well understood. Once a promising genetic sequence is identified, high-performance computing is then used to enable it to be modelled in 3D, to visualise how it compares to similar protein structures, and to understand what chemical actions it controls. This underpinning work helps to ensure that any eventual toxins are as humane as possible.

An important question arises: how different do proteins in different genomes have to be, to enable a toxin to eradicate a pest but leave a non-target animal unscathed? Animals can respond differently to toxins or medicines when their proteins vary by as little as one amino acid. However, to be confident that any potential toxins are as specific as possible, Dr Hendrikse is particularly interested in protein targets that are noticeably different between species. More difference makes it more likely that a toxin would have little or no effect on non-target species but would be lethal to target species, even at low doses.

For Dr Hendrikse, this research is an exciting voyage of discovery. “The interesting part of this work is that we are bringing together many different areas of science, from human drug discovery to genomics and conservation biology. This is an innovative approach to finding potential new pest-control toxins. We are taking steps towards new ways of undertaking effective pest management, which will encourage our native species to recover and thrive.” 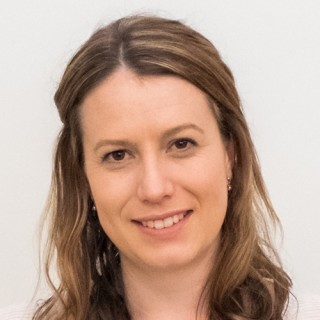