Trees of knowledge: our data at the root of global ecological science

Researchers at Manaaki Whenua are currently participating in large collaborative research projects starting to answer really big, global-scale questions that tap into data from New Zealand’s Nationally Significant Databases and Collections – the biological and geological memory banks of the country, many of which are held and curated by Manaaki Whenua.

As an example, Manaaki Whenua’s Dr Susan Wiser is a contributing author to a paper published this month in PNAS, Proceedings of the National Academy of Sciences titled The number of tree species on Earth. Manaaki Whenua’s National Vegetation Survey (NVS) Databank in particular has underpinned New Zealand’s contribution to this and several other initiatives (see box).

In the Uppsala University research on palm abundance, our scientists contributed data on Jamaica from Peter Bellingham, and on vegetation plots in the Tongatapu Group, Kingdom of Tonga, from Susan, both of which are archived in the NVS.

“Before this study, the variation in numbers of palm trees among tropical regions had not been quantified,” says Susan. “Oceania is often under-represented in such studies, owing to insufficient data. Australasia and Oceania, the Indo Malay and the Afrotropics, where palms are relatively sparse, helped provide this global context to show how important palms are to forests in the Americas versus other tropical areas, and to highlight implications for differential responses to climate change.”

Big data are also highlighting potential climate change impacts on alpine plant species around the world. New Zealand’s involvement in a recent alpine species collaboration to discover how alpine species are functionally related was through its membership of sPlot – the largest repository for plant community data in the world. NVS has contributed plant composition data from 19,018 plot locations spanning forests, shrublands, and grassland ecosystems.

Even though participating in global big data efforts wasn’t anticipated when these plot data were collected, it shows how critically important primary data collection is, and how it should be supported, and researchers encouraged and incentivised, to deposit raw vegetation plot data into the NVS databank with a view beyond just immediate needs.

“These collaborations continue to grow New Zealand’s reputation and influence within global networks, so data sets from our remote corner of the world have a big impact,” says Susan. 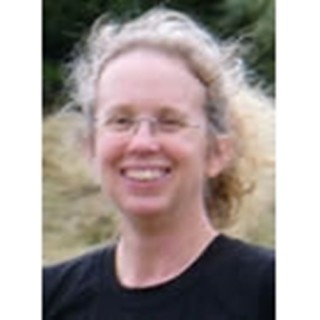