In a trans-Tasman collaboration, scientists have sequenced the genome of Austropuccinia psidii, the fungus responsible for the disease myrtle rust, and produced the world’s largest assembled fungal genome. 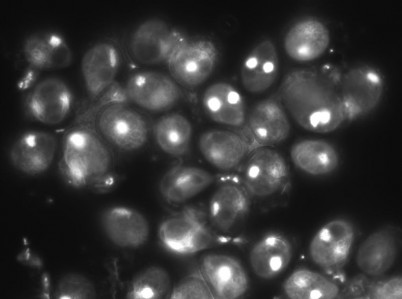 Their work was recently published in the journal G3: Genes, Genomes, Genetics. This effort marks a first step towards revealing key genetic features of the disease threatening Myrtaceae (myrtle) plants in both Australia and New Zealand.

“If you’re going to go after a pathogen, it is important to get some understanding of its genome,” says Grant Smith, a Principal Scientist at Plant & Food Research in New Zealand. Grant is a research leader within the Beyond Myrtle Rust and the Ngā Rākau Taketake research programmes, which aim to improve understanding of the disease.

When myrtle rust arrived in New Zealand in 2017, there was limited understanding of the A. psidii genome. Grant went to Australia to present New Zealand’s research intentions, which included sequencing the genome. While there, he was approached by Dr Peri Tobias from the University of Sydney who shared the challenges her team was facing.

“Instead of us trying to re-sequence what had already been started, we decided to pool all our funding, resource and effort together and build on what Peri and her colleagues had begun,” says Grant.

As Grant describes it, genome sequencing is like working on a three-dimensional jigsaw puzzle. The output from a sequencing instrument is millions of small segments. These then have to be assembled and aligned back to the chromosomes—the building blocks of a genome—from which they originated.

Members of multiple departments within Plant & Food Research worked with researchers at universities and institutes across Australia, sharing intellectual and financial resources to get the job done. The genome, now the world’s largest assembled fungal genome, took three months to assemble using the University of Sydney’s high-performance computing facility.

“Other rust fungi have 80 million base pairs,” says Benjamin Schwessinger, a senior lecturer at the Australian National University and one of the collaborators on the project. “Austropuccinia psidii is more than ten times as big.” By comparison, the virus causing COVID-19 has around 30,000 bases. It remains unclear whether the size of the Austropuccinia psidii genome contributes to the success of the disease it causes.

Now that the genome has been sequenced, it can be used as a tool to investigate how A. psidii infects plants in the myrtle family and researchers can look for ways to facilitate disease resistance. The team has already been using the genome to get an idea of which pathogen genes and which host genes are interacting at the earliest points in the infection process. While this is a significant scientific achievement, it is also a powerful example of all that can be accomplished through collaboration.

“It’s been great to be involved with this project,” says Grant.

“All of the collaborators, both in Australia and in New Zealand, have been a great crew to work with.” Even though the project has ended, the spirit of collaboration has not.

“Quite a lot of exchange is happening as a result of working on the project together,” says Benjamin. 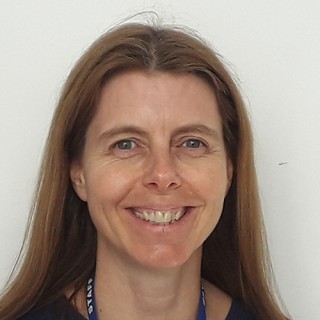