It's Taxonomist Appreciation Day today - a day when we say “thank you” for all of the hard work done by taxonomists around the world.

Taxonomy is a branch of biology concerned with the classification, description and naming of organisms. It's the essential science that identifies and names New Zealand’s diverse flora, fauna, fungi, lichen, bacteria – all living organisms – and determines what is native and not native to New Zealand. It is intrinsic to preserving biological heritage.

We have some dedicated researchers at MWLR who have taken some time out of their busy days to tell us what makes taxonomy special. 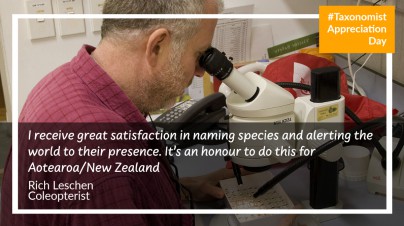 Taxonomy is universal language that biologists use to name species and communicate the relationship of those species to one another.

People often ask, “why taxonomy, why beetles,” and the answer is simple: I like them … for the same reason people like the Americas Cup, Harry Potter, auto mechanics or basket weaving.

Personally, I receive great satisfaction in naming species and alerting the world to their presence.  It’s an honour to do this for Aotearoa/New Zealand. 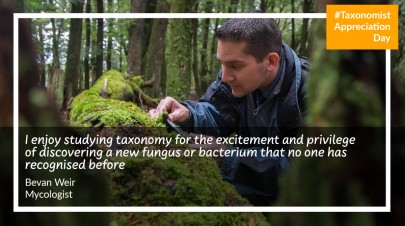 I enjoy studying taxonomy for the excitement and privilege of discovering a new fungus or bacterium that no one has recognised before.

A few years ago, I was doing some gardening at my house clearing out some old bamboo when I noticed tiny little back bumps on the bamboo, rather than throwing in in the garden bin like a normal person, I put it under the microscope and saw that the bumps (about 1 mm in diameter) were the cone-like fruiting body of a fungus. Some intensive genetic sequencing and microscopic work later I found that this was a species never found in New Zealand before but likely has been here a long time introduced with the bamboo. 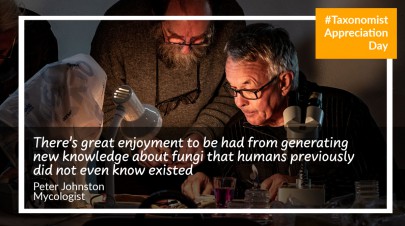 An accurate and reliable taxonomic name allows all the knowledge about an organism, often accumulated by many different people, perhaps over hundreds of years, to be gathered together in a single place. This accumulated knowledge, together with the position of the name in a taxonomic hierarchy, allows real world questions to be answered - is this species native to New Zealand? where are its relatives found elsewhere in the world? is it one of those unique organisms that makes Aotearoa really special?

There's great enjoyment to be had from generating new knowledge about organisms that humans previously did not even know existed and providing applied researchers the information needed for them to understand the place these organisms have in the world. 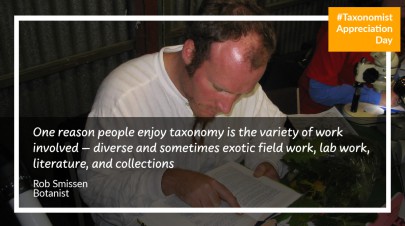 One reason people enjoy taxonomy is the variety of work involved such as diverse and sometimes exotic field work, lab work, literature, and collections.

Also the diverse array of methods and skills we use such as chemical analysis, genetics and genomics, plant husbandry and microorganism culturing and breeding, microscopy, photography, and statistical analysis. 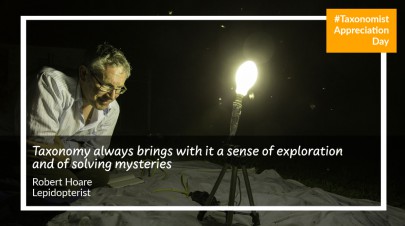 A new name must be accompanied by a description that distinguishes a new species from all others. The idea was to create an international system of nomenclature that aids unambiguous communication across linguistic barriers, and, ideally, tells us something about the relationships of different species.

Why is it important?

The scientific name of a species is, as it were, the peg on which information about its biology, ecology, distribution and conservation or pest status can be hung. In revising groups for taxonomy, the taxonomist regularly discovers new and overlooked species that may already require urgent conservation action to save them. Alternatively, species may become invasive and expand to new territory; then correct identification then becomes crucial in order to act in time and find possible means of control.

Why do people enjoy studying it?

Taxonomy always brings with it a sense of exploration and of solving mysteries. That exploration maybe during the course of field-work, when there is always a possibility of discovering new species, or rediscovering species that have not been seen for many years. Or it may come through studying preserved specimens; for example, through finding that two species have been confused under one name, or that a species that was classified in one genus really belongs to an entirely new genus (or even family). There is always a sense of wonderment at the natural world and the diversity of life; taxonomy is the discipline that is most deeply concerned with that diversity and with discovering all the many extraordinary variations on themes that exist in any group of organisms. In a country like New Zealand, with its highly endemic and incompletely understood biodiversity, the joys and excitements of discovery are many and frequent. 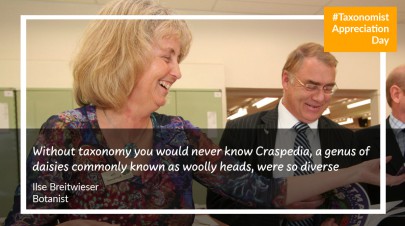 Without taxonomy you would never know Craspedia, a genus of daisies commonly known as woolly heads, were so diverse.