Taking refuge from an invasive pathogen

Researchers have identified areas, known as ‘refugia’ by ecologists, where Myrtaceae may be able to ride out the threat of myrtle rust. 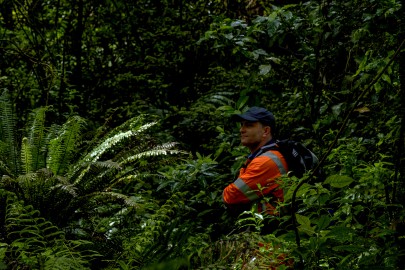 Field technician Scott Bartlam during a field trip to Taranaki where researchers were identifying suitable locations to conduct research for the programme Beyond Myrtle Rust.

James McCarthy, an ecosystems and conservation researcher at Manaaki Whenua, and colleagues used the New Zealand National Vegetation Survey Databank to determine where myrtles occur and their full habitat range.

Of the 27 Myrtaceae trees, shrubs and vines native to New Zealand, the team gathered enough data to establish comprehensive species range predictions for 13 species. Then, they compared how the habitat range of each species overlaps with the likely range of myrtle rust in New Zealand under two scenarios – one less severe, one more severe.

“Some species have adequate refugia,” says McCarthy. “Species like Metrosideros umbellata (the southern rata) are almost entirely outside of the predicted range of myrtle rust.” However, several species have little or no areas of refugia, such as Lophomyrtus bullata (ramarama), which has only 15 km2 of refugia, and Syzygium maire (swamp maire), with only 1.4 km2 of refugia.”

These results will be helpful in informing conservation efforts, including maintaining currently protected refugia, restoring potential refugia, and coming up with alternative conservation methods for species with few refugia options. These efforts will also underpin future work to establish how stable these refugia might be in the face of future climate change.

Funding for this research was provided by the Ministry for Primary Industries, by MBIE’s Strategic Science Investment Fund and by MBIE’s Endeavour programme Beyond Myrtle Rust. 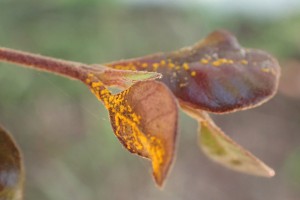 Myrtle rust is a disease that has been infecting New Zealand’s iconic native myrtles since it arrived in the country in 2017. Researchers... 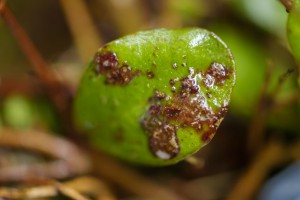 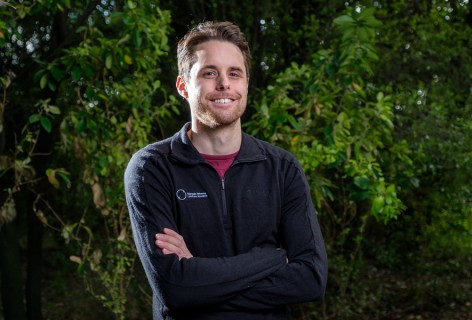