A new report from Ngā Pae o te Māramatanga (NPM) and Manaaki Whenua – Landcare Research provides guidance for Te Ao Māori on climate change adaptation and mitigation. He huringa āhuarangi, he huringa ao: a changing climate, a changing world was produced by a multidisciplinary Māori research team working across many research institutions. Using a novel kaupapa Māori risk assessment approach to climate change, the report synthesises the latest climate change research through a Māori lens, and identifies the potential impacts, implications, mitigation and adaptation strategies for whānau, hapū, iwi and Māori business. It follows the recent release of an Intergovernmental Panel on Climate Change report forewarning that global temperature is expected to reach or exceed 1.5°C of warming over the next 20 years.

He huringa āhuarangi, he huringa ao finds that Māori well-being across all four key domains - environment, Māori enterprise, healthy people and Maori culture - will be moderately impacted by 2050. By 2100, the risks to ecosystems are likely to show severe impact, compromising many aspects of Māori well-being. The authors write: “Climate change not only threatens the tangible components of Māori well-being, but also the spiritual components and, most important, the well-being of future generations.”

The report sets out how the production and ecology of freshwater, terrestrial and coastal-marine ecosystems and biodiversity in Aotearoa will be challenged by projected warming temperatures and reductions in rainfall. Vulnerable flora and fauna may face habitat loss and in some cases extinction. Any decline in the quantity and quality of keystone species like pāua, kina and koura, will adversely impact Māori customary practise, cultural identity, social cohesion, and well-being.

Cultural infrastructure, especially in exposed areas (e.g. river valleys and coastal areas), will be particularly vulnerable to climate change impacts, and some marae and papakainga may have to be moved, along with urupā in low lying and coastal areas prone to flooding and erosion. While some hapū and iwi are developing their own climate change adaptation and mitigation plans, the report provides Māori-focused guidance on areas often overlooked in mainstream reports. As the authors note: “Evidence suggests climate-related adverse health impacts are expected to become more severe and be borne disproportionately by groups like Māori who already suffer health inequities”.

To mark the release, NPM is hosting a same-day webinar with some of the authors from noon – 1.00 pm. NPM is also making the report available in a short format as part of the Te Arotahi occasional paper series. Te Arotahi provides Māori-researched evidence and focuses on specific critical topics to support discussion, policy and positive action.

The full report He huringa āhuarangi, he huringa ao: a changing climate, a changing world is now available online. 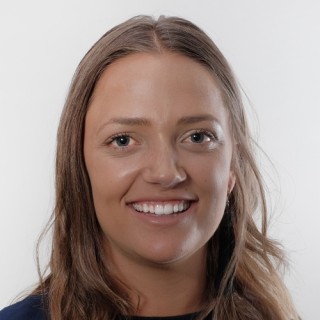