RA is a global grassroots farmer-driven movement founded on an ecological paradigm that seeks to address some of the failings of our current global food system. The RA movement acknowledges that farmers can take responsibility and become part of the solution to mitigating the negative environmental impacts of food production. But RA is much more than a system of farming – it is a mindset that sees possibilities and opportunities for different ways of living, working, and farming. RA aligns with growing worldwide societal and consumer demands for safer, healthier, environmentally sound food systems and engages in innovative processing and market pathways.

However, there are divergent views in New Zealand society, with at the extreme ends: some calling for transformation (beyond incremental change), while others point out that many of the real or perceived negative environmental impacts of farming are the consequences of practices not widely employed in New Zealand. Furthermore, while there is a plethora of scientific studies on the impact of individual RA practices, there are few reporting on outcomes from RA systems, and these were for the most part undertaken overseas. Hence there is a lack of clarity about what RA actually is, skepticism about its claimed benefits, and uncertainty as to whether the concept is even relevant to New Zealand.

A collaborative and consultative research project was undertaken from June to December 2020, involving more than 70 New Zealand-based organisations and 200 people, including producers, researchers, private consultants and educators, industry levy bodies, banks, retailers, not-for-profit organisations, and overseas researchers. The project has included representation from a wide range of practitioners in science, scientific institutions, and farming systems of New Zealand – in the hope that the resulting recommendation for the building of scientific evidence will have legitimacy and relevance across all parties concerned with RA.

The project was anchored primarily in a western science worldview because discussions with Māori practitioners and researchers highlighted that tāngata whenua and their diversity of enterprises cannot meaningfully engage in a conversation about RA and its linkage to Te Ao Māori until the time, space, and resource for collective thinking have taken place. This collective thinking needs to be undertaken in the first instance by Māori experts and practitioners and has made a start elsewhere.

The project was funded by the Our Land and Water National Science Challenge, the NEXT foundation, and Manaaki Whenua with in-kind support from multiple research institutions, and governmental and private entities. The project aimed to: (1) better understand what RA means for New Zealand within-farm, and (2) develop a scientific framework based on current evidence for guiding RA research in New Zealand. A white paper and supporting report, presenting the highlights of findings from this project, will be publicly released in the first quarter of 2021. 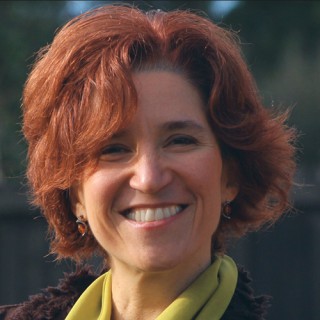