Microbes in our wetlands – a new use for environmental DNA

DNA extracted from soils, air, water and other substrates (known as environmental DNA, or eDNA for short) is fast becoming a vital tool for studying a wide range of species, such as microbes, insects, fish and other vertebrates, across many different ecosystems. Now, a new study has shown that eDNA may also prove a valuable tool for monitoring biological change in wetlands. 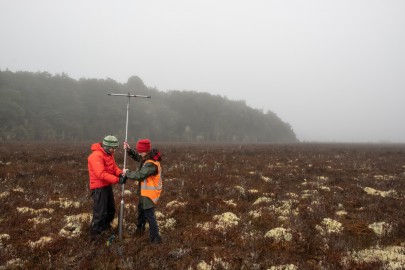 Wetlands are important ecosystems for their biodiversity, cultural, and recreational values as well as their key role in carbon storage. However, wetlands are also ecosystems under threat. In New Zealand, wetlands have declined by ~90% over the past 750 years from around 10% to just ~1% of the total land area owing to fires, nutrient runoff from agricultural land and drainage, as well as weed invasion and climate change. Ongoing losses of wetland area are comparable to global averages of around 0.5% per year.

Current biodiversity monitoring in wetlands tends to focus on large organisms such as birds and plants, which can be relatively slow to respond to environmental change. However, lead author of the new study, Dr Jamie Wood of Manaaki Whenua - Landcare Research, says “the strength of eDNA is that it allows us to monitor key microbial groups (bacteria and archaea), which may respond faster to environmental change, and also drive important biogeochemical processes in wetlands”.

The researchers sequenced microbial DNA from soil cores taken down to 4 metres below the surface in seven New Zealand wetlands, in one of the few studies globally to have studied wetland microbes at such depths. “The results showed distinct changes in microbial communities as we went deeper”, co-author Dr Olivia Burge of Manaaki Whenua - Landcare Research said, “For example, archaea became more common with increasing depth, and the proportions of different bacterial groups changed as well”.

To better understand what these changes actually meant for ecological and biochemical processes occurring in the wetlands, the researchers assessed the metabolic functions of the different microbes detected by the eDNA. Then, to see how declining wetland condition might affect these processes, they compared three similar wetlands with different degrees of human modification.

As a wetland is drained for agriculture, increased oxidation of the peat leads to more carbon dioxide emission. This is a process driven by microbes, and the researchers saw an increase in the types of microbes responsible for this process in the upper layers of the more modified wetlands. “An unexpected finding was that the effects of drainage also appeared at greater depths, below the water table, where the relative proportion of microbes responsible for carbon fixation and methane generation decreased”, Wood reported.

Study co-author Beverley Clarkson highlighted the potential implications of this new approach. “We need to study more wetlands to refine this tool and see whether these patterns hold across different wetland types, but these preliminary results show that the technique works. Ultimately eDNA may provide a useful tool for monitoring real-time wetland condition and identifying when critical thresholds are being approached. In the same way, eDNA may also serve as a tool for helping monitor the success of projects focused on the restoration of wetland ecosystems.” 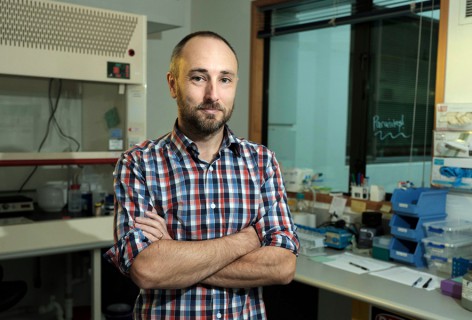