How is New Zealand's landscape changing?

New Zealand’s land cover is constantly changing. This week sees the release of version 5 of New Zealand’s Land Cover Database (LCDB), which details these changes, helping us to understand how the way we are using our land is changing.

Because of the important information contained in the database, Manaaki Whenua – Landcare Research (MWLR) was funded to produce this newly updated LCDB, on behalf of the Government, by the Ministry for the Environment, Te Uru Rākau (Ministry for Primary Industries), and Department of Conservation.

Land cover describes the extent of vegetation, built environments, water bodies, and bare natural surfaces across New Zealand. It is an important measure of environmental change and urban development and is used for policy, research, environmental reporting and decision-making at national and regional level.

The LCDB differentiates the New Zealand landscape between 33 different types of land cover and provides spatial distribution and changes over time. Using the LCDB, changes in the areas of plantation forestry, indigenous forest, scrub, wetlands or pasture can be identified.

The latest version of the Database – version 5 – contains land cover data as of late 2018, making it a significant update of information about New Zealand’s changing environment. The new data have already revealed, for example, a steady decline in wetlands and an increase in the country’s built-up area since version 4, which was based on imagery from summer 2012/13.

“Much of the change we’ve seen since the 2012 version of the LCDB is due to the routine forestry cycle of harvesting and replanting,” says Programme Leader David Pairman “but there’s also over a hundred and sixty thousand hectares of other land-use change such as around wetlands, scrub being cleared, and intensification within the grassland classes. And that’s quite a lot.”

Manaaki Whenua – Landcare Research (MWLR) has been involved with the LCDB for 20 years and, through Government funding and research grants, has produced the last three versions; each version improves the mapping and analysis techniques, taking advantage of the new and better imagery available and MWLR’s associated research to create more useful classifications of land cover.

It’s a process that requires a lot of data to be crunched. The LCDB is created from satellite imagery which is analysed and classified through automated processes using the National e-Science Infrastructure (NeSI) supercomputers. Data are checked manually where significant changes are observed or anomalies appear.

The LCDB is one of the most popular Government datasets hosted by Manaaki Whenua – Landcare Research. Technical users can download the database from Manaaki Whenua’s data portal (http://lris.scinfo.org.nz/) and use a GIS (Geographical Information System) to manipulate the data and produce the information they require. Backward compatibility with earlier versions has been maintained, but users are advised to upgrade to newer versions to improve their ability to map land-use change.

The latest version of LCDB is now available to explore in the next few days using the New Zealand Landcover Explorer website (https://vizbe.landcareresearch.co.nz/). 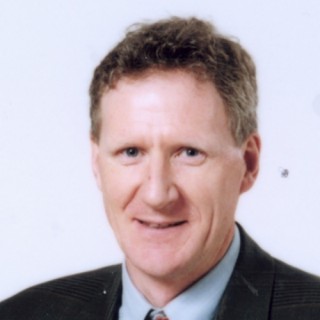