New Zealand agriculture has seen rapid land-use change in recent decades, with a decrease in sheep numbers and corresponding rise in dairy cow numbers. This has been matched in the Canterbury region by an expansion in irrigated areas.

With more intensive land-use practices come increases in farm nutrient inputs and supplements, stocking rates, and conversion of dryland to irrigation. However, there has been limited research, especially in New Zealand, on the effect of irrigation on soil physical properties under modern spray irrigation and intensive pastoral farming.

Manaaki Whenua researchers Dr John Drewry and Dr Sam Carrick have led several studies to determine the effect of land-use intensification on soil properties such as compaction and water-holding characteristics. The findings from the first of these studies have now been published in the New Zealand Journal of Agricultural Research.

All sites were located on a Templeton silt loam classed as a Typic Immature Pallic Soil. This soil is characterised as well drained, deep, and stone-free.

For each of the dairy, sheep, and control sites, only one paddock was studied, but with 15 sampling pits within each paddock. A range of soil physical indicators were measured, including soil density, water storage, and soil water movement.

The research indicated the irrigated dairy site typically had lower total porosity and macroporosity, and greater bulk density than the control and sheep farm sites. “Our study showed the top 300 mm of soil is vulnerable to compaction under irrigated dairying, and compaction was at greater depth than often assumed to occur or is commonly measured by soil quality monitoring and national environmental reporting,” says Dr Drewry .

“This study strengthens the arguments for irrigators to adopt deficit irrigation practice, where irrigation is applied to not refill the soil back up to field capacity, but to leave a storage ‘buffer’,” says Dr Drewry.

This research is consistent with earlier studies on compaction from grazing on Pallic Soils. While previous research has focused on Pallic Soils with subsoil fragipans, subsurface layers in the soil that impede soil drainage, and therefore increase the risk of treading-induced compaction damage, the Pallic Soil sites in this study were well-drained with no impeding subsoil fragipan layer, yet they still showed soil compaction occurred on the irrigated dairy farm site. The findings show these soils still need good management, as soil compaction adversely affects pasture production.

“However, the results should be interpreted with some caution, as indicative only. Further research is required across a larger number of paddocks, farms, and soil types, to confirm these results and provide evidence across a range of management practices and climates,” says Dr Drewry.

Follow-up work with Plant & Food Research, which focused on regional studies in both Canterbury and the Waikato, is in the process of being published. 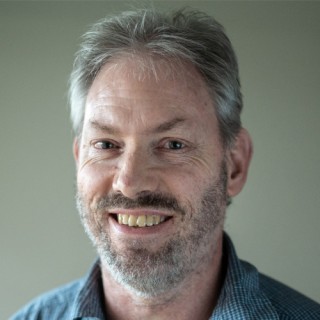