How destructive could myrtle rust be to our trees?

Aotearoa New Zealand has 37 native Myrtaceae species, including pōhutukawa and rātā, mānuka and kānuka, ramarama and swamp maire, of which 25 are endemic. But there are many other non-native myrtle species in New Zealand, including eucalypts, feijoa, bottlebrushes, lilly pilly, and monkey apple.

Being able to quantify how important Myrtaceae are in New Zealand is important because some Myrtaceae species continue to be threatened by myrtle rust, an invasive disease caused by the fungal pathogen (Austropuccinia psidii), that found its way here from its native South America in 2017.

This is just what Manaaki Whenua ecologist Dr Insu Jo has set out to do. With the help of researchers including Peter Bellingham, James McCarthy, Tomas Easdale, Maj Padamsee, Susan Wiser, and Sarah Richardson, the team analysed data from a nationwide forest and shrubland inventory collected from 2009 to 2014.

“Myrtaceae occurred in 74% of the plots we looked at,” says Insu. “And we found its importance value, determined by abundance and species richness, was the second highest after Nothofagaceae, also known as the southern beeches.”

The results of the study, published in the Journal of Vegetation Science, also discussed the potential role of Myrtaceae as a relatively stable carbon store in local woody ecosystems. The study compared functional plant traits such as wood density with other co-occurring woody families and the significance of Myrtaceae woody climbers, of which six of the eight known Myrtaceae climbing species in the world are endemic to Aotearoa New Zealand.

Researchers are only beginning to understand the differences in susceptibility at a species or even individual level – like with COVID-19, some individuals are more hard-hit than others.

“We cannot definitively predict how myrtle rust will impact forest composition and ecosystem processes yet,” says Insu. “It’s important to remember there is no functional equivalent, especially in terms of carbon storage, if they are lost. There will potentially be large and deleterious outcomes in forest ecosystems if taxon-specific pathogens, such as Austropuccinia psidii, spread and significantly reduce the species.” 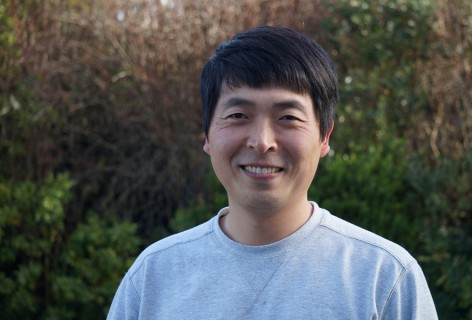