The Waikato Region has about 90,000 ha of peatlands – around 40% of New Zealand’s peat resource – formed over the past 10–14,000 years from the slow accumulation (in mm per year) of peat derived from wetland vegetation under saturated conditions. 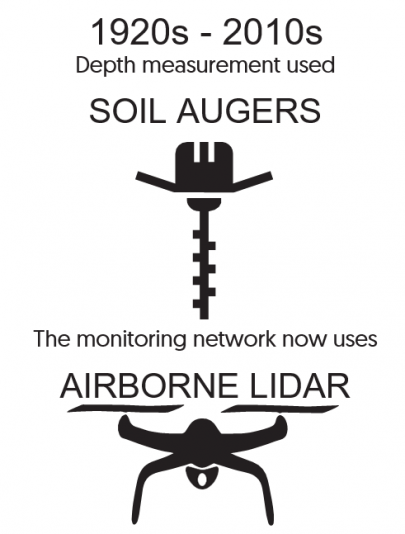 Before human interventions, these peatlands represented unique hydrological and ecological environments, but around 80% of their original extent has now been cleared and drained, mostly for pastoral agriculture. Those areas that remain support threatened endemic flora and fauna in a unique ecosystem, mostly act as carbon sinks, represent a taonga for iwi, and provide recreational opportunities.

Drainage of peatlands for agriculture changes their hydrology, stops accumulation of peat, and results in ongoing land subsidence through shrinkage and consolidation, as well as increased CO2 emissions through biochemical oxidation. These losses pose environmental, economic and social challenges for future land management. Some areas of drained peat are up to 12 m thick, and so the losses could continue for a long time.

The amount of subsidence varies depending on time since drainage, land use, land and drainage management, and peat type. Research by Manaaki Whenua and the University of Waikato, supported by Waikato Regional Council, has shown that surface subsidence can be as much as 2 cm per year, or 20 cm per decade.

Of course, under drained management these peatlands provide considerable economic value to the Waikato region. However, the consequences of ongoing subsidence and peat loss include increased risk and frequency of flooding and inundation, reduced wetland sustainability, ponding in catchments due to uneven peat subsidence, and reduced drainage gradient. The impact of subsidence may be exacerbated by climate change including sea level rise.

Until recently, monitoring for peat soil subsidence in the Waikato region used simple peat depth probing. Peat depth measurements were taken in the 1920s and again in about 2002 and 2012. These were point measurements and, whilst useful, did not adequately represent the different peat soil types or the drainage and land management on peat soils across the region.

Over the past two years, Waikato Regional Council has commissioned our scientists, in collaboration with the University of Waikato and the University of Canterbury, to design and implement a robust regional peatland subsidence monitoring network for their state of the environment monitoring, to support implementation of the Waikato Regional Policy Statement and to inform long-term planning.

To fully understand the vulnerability of peat soils to subsidence, we have now designed and tested a monitoring network for the Waikato region across multiple strata of interest, including dairy, drystock, horticulture, and maize cropping land uses, different peat depths and drainage management.

The monitoring network, which uses airborne lidar, covers a much greater area than the historic points and includes the large, raised bogs of the Hamilton and Hauraki Basins as well as the peatlands found in the lower Waikato. 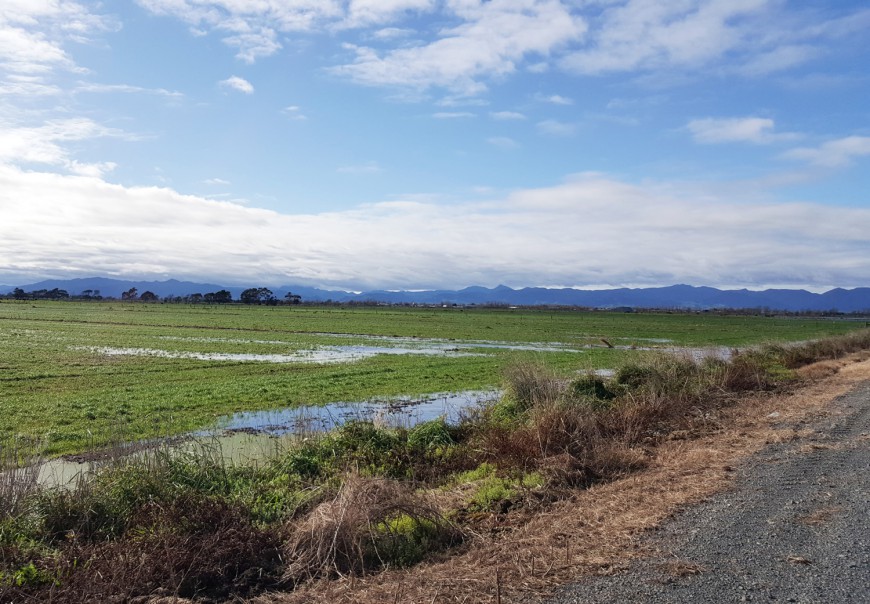 Peat soils close to sea level after rainfall in Hauraki.

Data from this robust measurement network could underpin possible future work to mitigate the effects of peat subsidence and carbon emissions. This may include investigations into better water and land management that could inform the development of decision- support tools for drainage and land managers, and feed into good practice guidelines.

We are also actively developing a research proposal to advance knowledge of interactions between, plants, microbes and hydrology in New Zealand peatlands. The ultimate aim is to inform targeted reconstruction of peat wetlands, which could offer significant potential for greenhouse gas mitigation and multiple aligned co-benefits such as improved water quality and biodiversity. 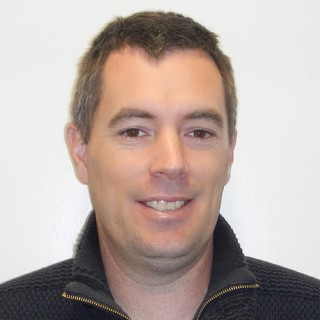