Antarctica will shortly receive one of the first traditional Māori carvings to have been carved and completed on the ice. A pair of Māori carvers headed south to Antarctica on Waitangi Day to spend two weeks completing and installing the two whakawae (door frames) and a pare (lintel) that they are carving for Scott Base. 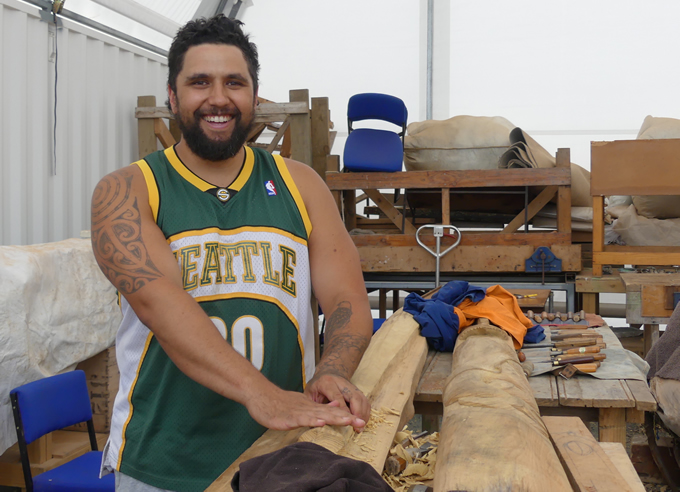 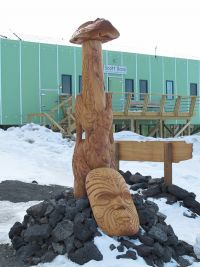 The pou erected at Scott Base in 2013

“To celebrate this step towards ecosystem protection, we explored ideas around Māori concepts of kaitiakitanga and protection in Antarctica through whakairo (traditional Māori carving) – a medium used by indigenous peoples, including Māori, for many years,” says Wehi.

“In the mātauranga programme, we observe what’s happening with two eyes – one eye using the strength of indigenous knowledge and world views, and the other eye with the acute sight of scientific research. The challenge is for us to use both ways of seeing to overcome the critical environmental challenges we face,” she says.

Before written language, toi whakairo (the art of traditional Māori carving) was a form of communication used by Māori to record and transfer knowledge and history through generations.

“We are using whakairo to have a conversation in and about the wellness of Antarctica,” says kaumatua Te Warihi Hetaraka.

“The well-being of Papatuanuku (mother earth) starts with Antarctica. It’s an indicator, a litmus test for the rest of the world,” he says. 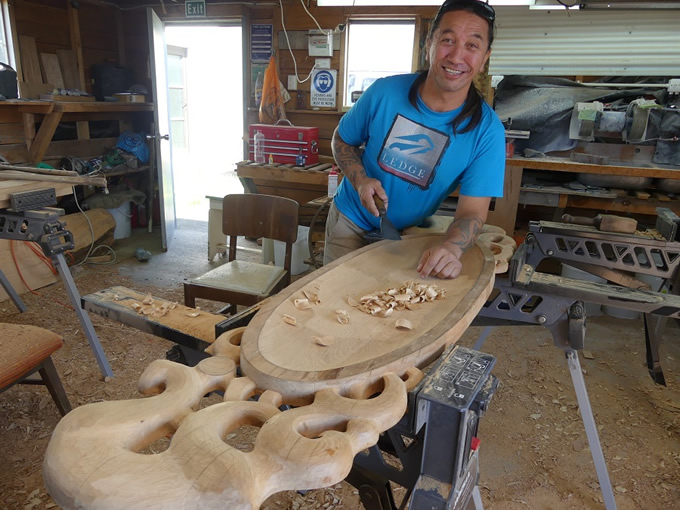 A pou (carved post) was erected in 2013 at Scott Base, but this is one of the first examples of traditional Māori carving taking place on the continent.

The new whakairo will be unveiled before the carvers return to New Zealand.

The project is funded by Antarctica New Zealand Community Engagement Programme, with support from the Ngāi Tahu Fund and Ngāti Wai.

Ross-RAMP is funded by NIWA and Manaaki Whenua.