Treating climate, biodiversity and human society as coupled systems will be key to successfully mitigate the effects of climate change.

A landmark international report on Biodiversity and Climate change co-sponsored by IPBES (the 137 nation biodiversity policy platform of the United Nations) and IPCC (the United Nations Intergovernmental Panel on Climate Change) and released today says connecting the climate and biodiversity spheres is especially crucial at this moment when the world seems to be gearing up for stronger actions on both.

Manaaki Whenua – Landcare Researcher Dr Sandra Lavorel, who was a co-author of the report and is on the steering committee of the IPBES, says climate change and biodiversity loss are two of the most pressing contemporary issues, however while there is recognition in both scientific and policy-making circles that the two are interconnected, in practice they are largely addressed in their own silos.

“The scientific community has been working for some time on the synergies and trade-offs between climate and biodiversity. Achieving the scale and scope of transformative change needed to meet the goals of the UNFCCC and CBD and the Sustainable Development Goals will need to rely on rapid and far-reaching actions of a type never before attempted,” the report warns.
A key finding of the report is that limiting global warming to ensure a habitable climate and protecting biodiversity are mutually supporting goals. “Achieving this is challenging, but essential for sustainably and equitably providing benefits to all people,” says Dr Lavorel.

It has been shown that several land- and ocean-based actions to protect, manage and restore ecosystems simultaneously support climate mitigation, climate adaptation and biodiversity objectives, with multiple contributions to people’s quality of life.
“These are often referred to as nature-based solutions (NbS) and they can play an important role in climate mitigation,” says Dr Lavorel. “But they cannot replace ambitious and rapid reductions in all human-caused greenhouse gas emissions. Nature-based solutions can be most effective for climate, biodiversity and people when planned for longevity and not narrowly focussed on rapid carbon sequestration.”

The IPBES-IPCC research indicates avoiding and reversing the loss and degradation of carbon- and species-rich ecosystems on land (e.g. indigenous forests) and in the ocean is essential for combined biodiversity protection and climate change mitigation actions, with large adaptation co-benefits.

Sustainable agricultural and forestry practices can improve adaptive capacity, enhance biodiversity, increase carbon storage in farmland and forest soils and vegetation, and reduce greenhouse gas emissions. The creation of green infrastructure in cities is increasingly being used for climate change adaptation and restoration of biodiversity with climate mitigation co-benefits.

“In both land and marine systems, options exist to combine nature-based and technology-based measures for climate change mitigation and adaptation, while contributing to biodiversity,” says Dr Lavorel.

Conversely, measures narrowly focused on single aspects of climate mitigation or adaptation can have known or unforeseen negative impacts on nature and its contributions to people. That includes activities such as planting bioenergy crops over very large land areas, afforestation (planting trees in ecosystems that have not historically been forests) and reforestation with monocultures, especially with exotic tree species. These can contribute to climate change mitigation, but are often detrimental to biodiversity.

While technical and technological measures that are narrowly focused on climate adaptation like building dams or irrigation, can be complementary to nature-based solutions like protecting and restoring wetlands, they can also have large negative impacts on nature and its benefits to people.

Active management in conservation, such as through altering wildfire frequency, reintroducing key species or managing pests can be beneficial for both biodiversity and climate mitigation and adaptation, but not in all contexts. “Locally motivated biodiversity conservation actions can be incentivised, guided and prioritised by global climate objectives,” says Dr Lavorel. “Every local initiative matters to both climate and biodiversity, since the benefits of many small, local biodiversity measures accumulate at the national and global levels.”

The report concludes that transformative change in society and governance of socio-ecological systems can support development pathways that are resilient to interacting climate and biodiversity change. Reduced per-capita consumption, shift in diets, and progress towards sustainable exploitation of natural resources, could make substantial contributions to jointly addressing the biodiversity crisis, climate change mitigation and adaptation.

“A viable joint solution to the climate and biodiversity crises requires promoting social tipping interventions to modify the ways society and nature interact,” says Dr Lavorel. But she warns: “Integrated solutions for jointly addressing biodiversity and climate that have co-benefits in terms of sustainable development and meeting basic needs of the poor and vulnerable exist, but governing and financing these approaches is challenging. There is no such thing as a silver bullet, and policy makers will need to embrace the complexity of building science-informed and socially positive solutions suited to particular contexts”.

The IPBES-IPCC Workshop Report on Biodiversity and Climate Change was launched at a virtual media conference from 15:00-16:00 CEST on Thursday, 10 June 2021 (1am NZ time Friday 11 June).

The launch was broadcast live for anyone who would like to watch, via YouTube at: http://bit.ly/BDCCSciencePublic. It features a short intro by Anne Larigauderie, followed by Hans Portner presenting the workshop report, and then reactions by representatives of Norway and the UK.

The aim of this report is to share this knowledge in the context of upcoming Conferences of Parties for the two international conventions on climate and biodiversity (COP 15 of CBD and COP 26 of UNFCCC). 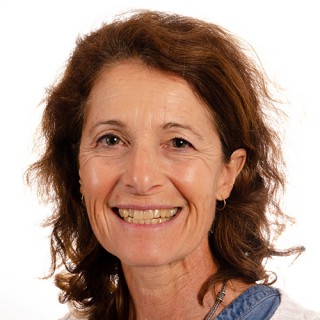