Indigenous knowledge systems and approaches hold a significant share in the well-being of the planet. Researchers say if we are to achieve our vision for Aotearoa New Zealand to improve the health of te taiao (the environment) and our people, we need to change the way people interact with the environment from a position of extractive resource use to one of reciprocal exchange.

New research from Manaaki Whenua has explored how better incorporating a Te Ao Māori (Māori world view) thinking offers a pathway forward to achieving sustainable livelihoods that enable both the natural world and humans to prosper.

Led by Kaihautū Whenua (research leader), Dr Nikki Harcourt, kairangahau (researchers) from the MWLR Manaaki Taiao rōpū (team) have explored how adapting the framework ‘He Waka Taurua – the double-hulled canoe’ for collaborative partnership can co-produce outcomes based on science and Indigenous knowledge.

“He Waka Taurua is a metaphorical framework that elevates Indigenous worldviews, values, and practices, alongside western science, and knowledge,” explains Dr Harcourt. 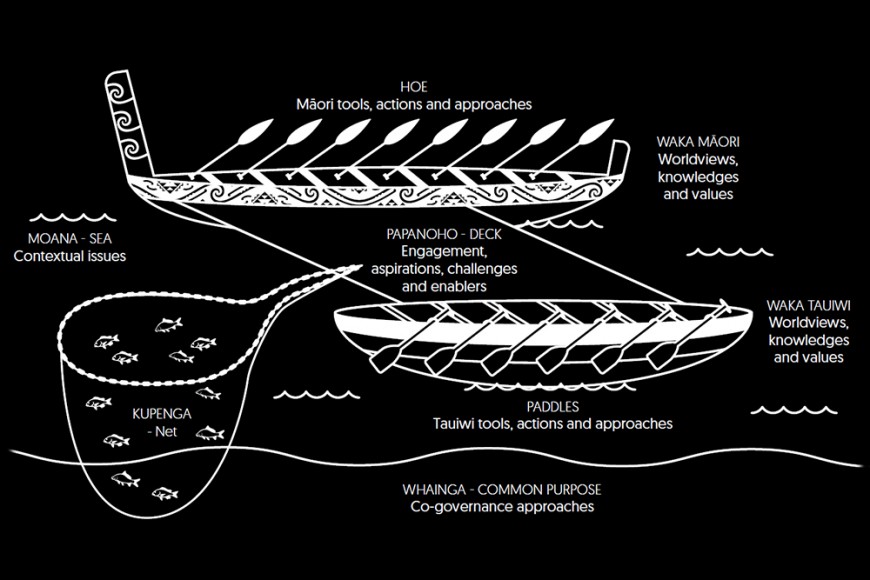 “It explicitly identifies a Te Ao Māori worldview and associated values as a distinct and complete knowledge system, separate from a western science worldview. This is represented by the two hulls, Waka Māori and Waka Tauiwi, and the hoe (paddles), which represent the tools, actions, and approaches relevant to each worldview. These worldviews are kept separate from each other, whilst the papanoho (deck) between the canoes represents a shared or ‘negotiated space’, where engagement and innovation can occur,” she adds.

Researchers drew on a case study on Whakatāwai Station in Waiapu Valley on the East Coast to demonstrate how the He Waka Taurua framework can be operationalised for the co-development of knowledge between a Māori agribusiness and Māori researchers.

“Whakatāwai Station, before European colonisation, was an area of land thriving under a Te Ao Māori knowledge system and framework. It had many different crops under cultivation and was a thriving catchment with high biodiversity of plant and animal species and an intimate connection of people to their land and the natural world,” explains Dr Harcourt.

But by the late 1970s large areas of land had been cleared for pastoral farming and Te Ao Māori thinking had been marginalised in favour of Te Ao Pākehā (the Eurocentric worldview). Land clearance led to the destabilisation of soils through deforestation, and an increase in erosion and sedimentation of the waterways, loss of biodiversity of plant and animal species, and creation of an exotic grassland.

These changes had a profound impact on the Māori communities’ cultural values and their enactment. At the station, blanket grazing is now a land-use deemed unsustainable due to it being at further risk of erosion from climate change.

“Whakatāwai Station’s journey and current predicament are testament to the negative consequences that arise from marginalising Māori perspectives and management approaches in ecosystem management in favour of Eurocentric ones. However, using the He Waka Taurua framework to guide the partnership approach between kairangahau and Whakatāwai Station shareholders we were able to co-produce decision-making outcomes, based on both science and indigenous knowledge,” says Dr Harcourt.

“This was done by taking a true co-development approach and operating at the research interface where indigenous and non-indigenous knowledge systems share knowledge and perspectives. From this we used a Kaupapa Māori approach to draw on relevant and meaningful knowledge, grounded in local experiences, and in parallel with quantitative data gathering to transform this pastoral grazing unit into a system that better aligned with Māori values and aspirations,” she adds. 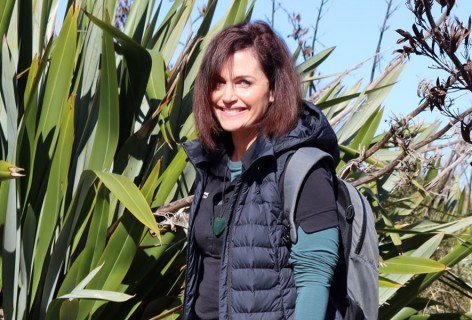