An application is being prepared to introduce two biological control agents for A. longifolia or Sydney golden wattle.

Trichilogaster acaciaelongifoliae is a small wasp that forms galls on the flower-buds of the wattle and Melanterius ventralis is a beetle that feeds on the seeds. Sydney golden wattle was once a major threat to biodiversity values in South Africa but biocontrol using these two agents has largely removed that threat.

Trichilogaster acaciaelongifoliae and Melanterius ventralis were introduced to South Africa in the 1980s. Together these agents suppress over 90% of the seed every year, and damage by the gall wasp is often so severe that plants die.

This application will be submitted by the Northland Regional Council (NRC). Manaaki Whenua – Landcare Research has provided the science, prepared the application and managed the application process, including consultation with EPA, Māori and other stakeholders.

SGW originates from Australia but has become a weed in several countries including South Africa and Portugal. It is a tall shrub that can sometimes grow to 10 m tall. It invades open habitats and scrub-land, especially in coastal areas. It can form dense, shady stands that displace species, change habitats and increase the risk of fire. It is particularly invasive in dune ecosystems and is a key weed in the nationally significant Kaimaumau swamp in Northland. In addition to the sites recorded on the map, Regional councils report that SGW is a problem on Matakana Island (Bay of Plenty), Rabbit Island (Nelson), Muriwai (Auckland) and in dunes near Wanganui and Levin. It has been widely planted as an ornamental and early spring flowers provide food for bees. 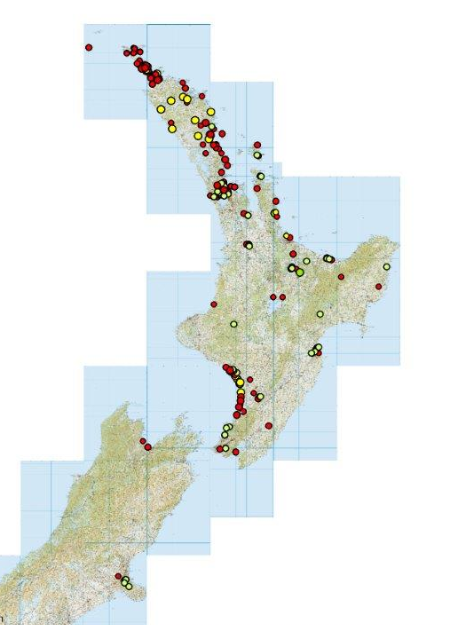 Distribution of Acacia longifolia (red dots) A. sophorae (green) and A. floribunda (open) populations as recorded in the Australasian Virtual Herbarium and in Department of Conservation records (D. Havell, DOC, pers. comm.)

More information about SGW and its control can be found here.

The potential risks, costs and benefits associated with the proposed introduction to New Zealand of Trichilogaster acaciaelongifoliae and Melanterius ventralis and the possible reduction in the abundance and vigour of SGW have been identified by literature review and by consultation with stakeholders.

The application will address in detail the significant adverse and the beneficial effects identified (highlighted in bold). The potential benefits of biological control will be the mitigation of the adverse effects. The key potential adverse effects relate to impacts on native flora and fauna. These will be addressed fully in the application:

Trichilogaster acaciaelongifoliae is a small wasp (5mm) that causes galls in flower buds that prevent flower production. Remaining buds go on to flower and set pods. M. ventralis larvae destroy the seeds in those few pods that escape gall wasp attack. Galling by T. acaciaelongifoliae is often so severe that SGW plants die. Working together, these two agents limit seed production by over 90%. A. longifolia was once a major threat to biodiversity values Of the Cape fynbos biome but biocontrol using these has been so successful that it is no longer classed among South Africa’s top weeds. 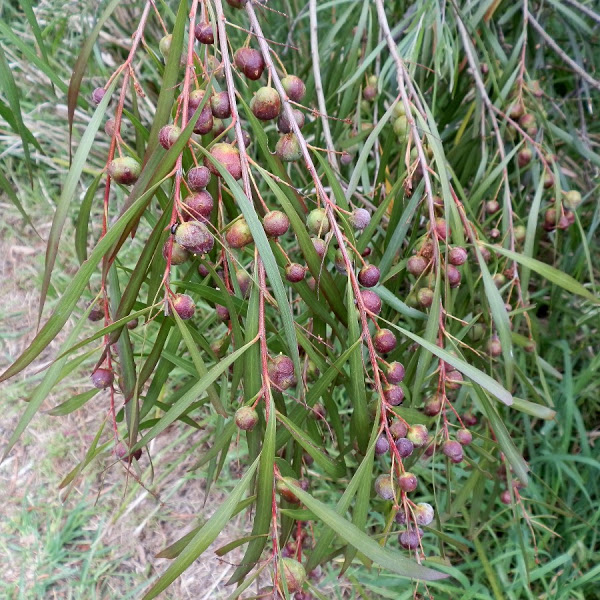 The evidence that these agents are safe to introduce to New Zealand is strong. A biological control programme for SGW in South Africa began in the 1980s. The centrifugal testing protocols that form the accepted basis for assessment of risk to non-target plants state that closely-related plants are more likely to be hosts in a new environment than less closely-related plants. Extensive tests were conducted to assess the risk that the two biological control agents posed to non-target plants, and on that evidence, release into South Africa was approved (Donnelly, 1992; Impson et al., 2011). Close observation there since 1982 shows that both agents are restricted to SGW except for occasional attack by T. acaciaelongifoliae on SGW’s nearest relative, A. floribunda. No other plants have been attacked. Following additional host-range tests the wasp was recently released in Portugal. Galls formed only on SGW (Marchante et al., 2011). No additional tests of native plants or other valued species in New Zealand are required because the wealth of evidence already available overseas shows that these agents are safe to release here. This is evidence will be considered by EPA when determining whether the agents should be released here.

The members of the EPA's national network (Te Herenga) will be contacted in January 2019 and invited to enter dialogue on plan to apply to EPA to introduce biological control agents against horehound.

The message to Te Herenga will describe how the applicant intends to assess the risks, costs and benefits associated with the proposed introductions. Members will be invited to identify any issues that they would like to be addressed in the application. Further consultation will be coordinated through the Ngāpuhi HSNO komiti and the Ngāi Tahu HSNO komiti.

The responses by specifically related to the proposed introduction of horehound will be summarised here once available:

At the request of the applicant, EPA convened a reference group from Te Herenga to meet and discuss the issues surrounding the proposed applications. The application will address the principles identified in that report.

Members of Te Herenga will be informed by EPA when each application is open for public submission and will be able to comment on how the applicant has addressed issues raised during consultation.