An application to release the beetle Freudeita cf. cupripennis (Chrysomelidae) as a control agent for moth plant was approve in May 2019.

The EPA decision document and other application documents can be found on EPA's website.

The application will be submitted by Waikato Regional Council, acting on behalf of the National Biocontrol Collective, a consortium of regional councils and the Department of Conservation. The Collective funds the development of weed biocontrol programmes in New Zealand. Landcare Research is the science provider for this development.

In its native range moth plant is considered to be an ornamental, industrial and medicinal plant but in its exotic range these benefits are heavily outweighed by its environmental impact. In New Zealand moth plant climbs over shrubs and small trees, smothering and breaking them down. It also spreads over the ground, shading out regenerating seedlings and low native vegetation. Moth plant is known from intact and disturbed forest and forest margins, tracks, coastline, cliffs, riparian margins, shrublands, mangroves, inshore and offshore islands; almost any frost-free habitat.

Both fruits and stems exude a caustic milky sap when broken.  This white latex is sticky, and causes skin or eye irritation in susceptible people.  The latex is poisonous (Landcare Research accessed 2011) and ingestion of the foliage of Araujia hortorum can cause gastrointestinal symptoms such as nausea, vomiting and diarrhoea. Other plant parts including seeds have been reported as toxic to poultry and cattle in Australia, though it is not often eaten and cases of poisoning are not common.

The potential risks, costs and benefits resulting from biological control of moth plant and the introduction of the beetle were formally identified and addressed in 2011 when the application to introduce Colaspis argentinensis was presented.  That application can be found on EPA's website.

The same information will be provided to EPA in this application. The significant effects that will be addressed in detail in the application are highlighted in this file:

The key potential adverse effects are the risk of:

Moth plant belongs to the sub family Asclepiadoidieae of the family Apocynaceae. This was previously a separate family Asclepiadaceae.  There are no native species in this sub-family, and the application will present evidence that no native species will be at risk from this rust. Several ornamental species are related to moth plants, notably tweedia (Oxypetalum coeruleum).  This is particularly valued by those fostering butterflies such as monarchs.  Tests indicate that this plant could be at risk from incidental attack by Freudeita cf. cupripennis.  The social and economic costs associated with possible attack on tweedia were canvassed and addressed in the previous application, and in the EPA decision. The results of that consultation will be repeated in this application.

Because the beetle is almost host specific, population densities capable of interacting significantly with other plants or animals will only be found in close proximity to moth plant. Mechanisms for interaction are limited. As a result, no significant disturbance of ecological relationships is expected in New Zealand.

Consultation was undertaken before Freudeita cupripennis was first approved for release in 2011 (as C. argentinensis). No additional consultation has been undertaken for this re-application. The outcome of previous consultations will be presented in the new application. Members of Te Herenga, the EPA's national network, were contacted in July 2018, and informed of the National Biocontrol Collective's plans to re-apply to EPA to introduce the beetle for biological control of moth plant.

EPA convened a reference group from Te Herenga to meet and discuss the issues surrounding the proposed applications.  The reference group's report to EPA will be found here, and the findings will inform the application.

Other organisations were consulted in the course of preparing the successful 2011 (C. argentinensis) and 2015 (P. araujiae) applications.  No further consultation is planned to support this application. Those consulted in 2011 and 2015 included:

Safety issues are paramount in the minds of biocontrol of weeds researchers. Researchers rigorously test all proposed agents to assess the risk of damage to non-target plants. A set of procedures helps researchers choose a suitable shortlist of test plants, and this methodology is now well-accepted internationally. The results of host range testing conducted on the moth plant rust will be fully discussed in the application. The report of these results can be found here:

The unpublished report by will be peer reviewed and that review will be provided to EPA. 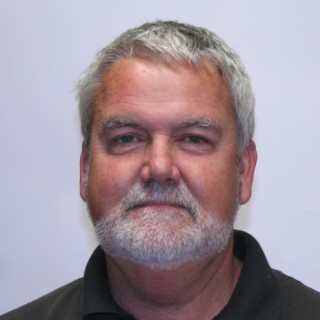