An application to release the honeysuckle longhorn beetle, Oberea shirahatai (Cerambycidae) was approved by the EPA 2015.

This is the second of several proposed biocontrol agents that will work together to help control Japanese honeysuckle (Lonicera japonica) in New Zealand. An application to release the Honshu white admiral butterfly (Limenitis glorifica) was approved by the EPA in August 2013. The decision can viewed on EPA's website.

Hawke’s Bay Regional Council makes this application on behalf of the National Biocontrol Collective, a consortium of regional councils and the Department of Conservation. The Collective funds the development of weed biocontrol programmes in New Zealand. Landcare Research is the science provider for this research. Richard Hill & Associates will prepare the application and manage all aspects of the application process on behalf of Hawke’s Bay Regional Council and Landcare Research. This includes any further consultation with EPA and other stakeholders.

Japanese honeysuckle vines grow rapidly, creating dense tangled curtains. Honeysuckle can form a complete blanket, shading out small trees and shrubs. It can cause canopy collapse. Stems produce roots where they touch the ground, helping the vine to clamber across the ground. It also provides support for faster-growing weedy vines such as morning glory and moth plant. It overtakes native forest remnants, wetlands, pine plantations, shrub-land and transit corridors throughout New Zealand, and is regarded as a serious threat to the native flora. Fruit eating birds spread the seeds, but many new infestations originate from material from home gardens dumped on bush-land and roadside edges

The biological control programme aims to gain control over this weed by establishing several natural enemies that damage it in a variety of ways. Together, the damage caused by control agents is expected to benefit the environment by reducing the growth rate and bulk of Japanese honeysuckle blankets to allow native vegetation to persist beneath it, and by reducing the rate at which the weed is spreading in new sites of invasion.The Honshu white admiral butterfly was approved for release in August 2013. The larvae of this butterfly feed on the foliage of Japanese honeysuckle. This insect has proven difficult to rear in captivity, and it has not yet been released in New Zealand. This application seeks approval to release the second of several control agents. Landcare Research has looked for natural enemies for honeysuckle in Japan for 3 years, and along with Japanese colleagues has conducted research to show that this agent would be suitable for release in New Zealand.

Oberea shirahatai is longhorn beetle. Its larvae burrow in the stems of honeysuckle plants, causing dieback. The damage will complement the attack by Honshu white admiral larvae on leaves. Because the larvae and pupae are hidden, they are not available for predation, or for parasitism except by wasps specialised to attack larvae inside stems.

The potential risks, costs and benefits resulting from biological control of Japanese honeysuckle were addressed fully in 2013 when the application to introduce the Honshu white admiral was presented. The same information will be provided to EPA in this application.

The potential risks, costs and benefits resulting from the introduction of Oberea shirahatai have been formally identified and will be addressed fully in the application:

The key possible adverse effects are:

Completed research indicates that Oberea shirahatai can only survive on narrow range of host plants. Evidence will be presented that there are native plants related to Japanese honeysuckle, and none will be at risk from this beetle. Testing indicates that beetles will only lay significant numbers of eggs on Japanese and Himalayan honeysuckles.  Occasional eggs were laid on several ornamental honeysuckles (but not others) but at numbers so low that it is highly unlikely that populations will develop on those hosts. Damage to stems might occur if these ornamentals grew very close to beetle populations on Japanese or Himalayan honeysuckles. Similarly, adult beetles can feed on leaves of several related species, and incidental damage to leaves might occur close to Japanese or Honeysuckle infestations.

The agent is specific to honeysuckles, and populations will only build up where those host plants are abundant. Population densities capable of interacting significantly with other plants or animals will only be found in close proximity to large areas of honeysuckle. The eggs larvae and pupae of the longhorn beetle will be found only inside stems, making them unavailable to generalist predation or parasitism. For these reasons, no significant disturbance to existing ecological relationships is expected in New Zealand. The presence of Japanese honeysuckle itself massively modifies natural interactions between species, and any reduction in the weed will help reverse those impacts.

The members of the EPA 's national network Te Herenga will be contacted in August 2014, and invited to enter dialogue on the National Biocontrol Collective's plans to apply to EPA to introduce biological control agents to attack seven weeds. The applications will be submitted over the next 18 months.

The message to Te Herenga will describe how the applicant intends to assess the risks, costs and benefits associated with the proposed introductions. Members will be invited to identify any issues that they would like to be addressed in the application.

Consultations on previous applications to introduce biological control agents identified a range of generic views about the beneficial and adverse effects relevant to this technique. These views will be captured in the application along with specific comments related to this application:

Consultation with other organisations

Safety issues are paramount in the minds of biocontrol of weeds researchers. Researchers rigorously test all proposed agents to assess the risk of damage to non-target plants. A set of procedures was developed to help researchers choose a suitable shortlist of test plants, and this methodology is now well-accepted internationally (Wapshere, 1974). The technique is under constant review to update best practice (e.g. Sheppard et al., 2005; Briese, 2005).

A survey of the invertebrate fauna and fungi associated with Japanese honeysuckle, Lonicera japonica, in New Zealand was carried out between November 2004 and April 2005 by Landcare Research for regional councils and the Department of Conservation.

The feasibility of biological control of Japanese honeysuckle, Lonicera japonica, in New Zealand has been investigated for several Regional Councils. 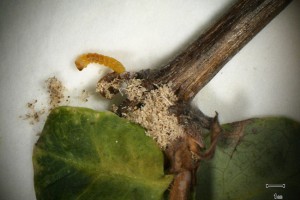 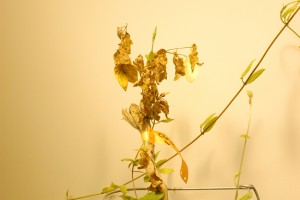