Quite a lot has been happening in the Wasp Biocontrol project since the last update in August (Update 11). Firstly, Ronny decided that she was tired of trying to make me look good and that it was time for her to hand over the leadership of the project to me.  Ronny will still be involved with the project, but mostly in a mentoring role to me. I would like to thank her for doing such a great job over the past 3 years.

After racing badgers to wasp nests last year, and losing half the time, I decided to schedule this year’s collecting trip a few weeks earlier in the year, starting in late northern hemisphere summer. I started the trip in Leuven, Belgium, where I teamed up with colleagues at KU Leuven who specialise in the evolution of sociality in bees, wasps and ants. They had told me that the wasp nest beetle, Metoecus paradoxus, was a common find in the nests they collected for their studies.  The weather wasn’t ideal but we managed to find five nests: two of German wasps (Vespula germanica), two of common wasps (Vespula vulgaris), and one of a species we don’t have here, Dolichovespula saxonica. The four Vespula nests had no sign of parasites, but did seem to be behind in development for late summer. The D. saxonica nest had a few interesting eggs on the outside of the nest paper envelope. I later found out these eggs were from the hoverfly, Volucella zonaria, a potential biocontrol agent I had on my list of species I hoped to find on the trip – first strike! 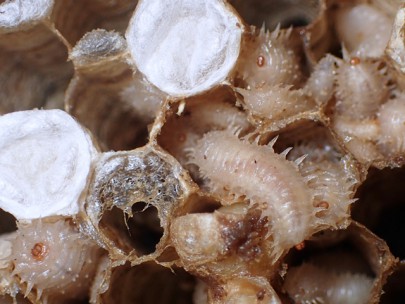 After the frustrating start in Belgium, I flew to the UK to set up base camp for the next five weeks. Recent genetic work has located the closest relatives of NZ’s wasps to the southern half of England so this was where I focused my efforts. Last year I had really good luck and was able to find around 25 nests, most of which had at least one species of parasite present. This trip was a bit different, though. In the UK, as in Belgium, it seemed that the wasp colonies were far behind their normal development stage for this time of year. After talking to several people (with several theories) on the cause, it sounds like they had a warm wet spring and a very cool summer. So I had to hope for quality nests over quantity. Fortunately, this was exactly how things eventually turned out.

This year I found even more evidence than last year to support optimism for the future of wasp biocontrol. While I was only able to survey 13 Vespula nests and 3 hornet nests, every single Vespula nest had at least one species of parasite present. Most nests had multiple species of parasites. The hoverfly, Volucella inanis, was my main target for this trip and was present in every single nest in varying intensities (see videos below). I was also able to find a nest riddled with the parasitoid wasp, Sphecophaga vesparum. Other species I found that were on my “wish list” were hornet-mimic hoverfly, Volucella zonaria, Volucella pellucens, the parasitoid beetle Metoecus paradoxus, and Pneumolaelaps niutirani mites.

At the end of the five week trip all of the infested nests were cleared of workers and prepared for the journey to New Zealand.  This is no small task and involves planning (and application paperwork!) months in advance when you are importing species that are new to New Zealand. The wasp parasites are now overwintering in a controlled environment in the insect containment facility at Manaaki Whenua - Landcare Research in Lincoln.

This year I was once again able to bring back well over 1,000 Sphecophaga pupae to further boost the genetic variance of the Sphecophaga I brought back last year. I have yet to separate and count how many of each species of Volucella pupae we have, but it should number at least several hundreds, mostly of Volucella zonaria. The Metoecus beetles overwinter as eggs, so we will have to wait to see if we were successful at rearing them in a couple months.

Getting species from the northern hemisphere to synchronise with our opposite seasons in the southern hemisphere can be challenging.  This year I am experimenting with various temperature regimes to see if I can increase the successful number of overwintered individuals. I am also now waiting for wasp nests to become available before I can begin rearing and host-testing these new species to assess their safety as biocontrol agents. After all of the recent warm, dry weather, I’m confident I won’t have to wait too long for the wasp season to pick up.

As soon as I can, I will be looking for wasp nests to begin rearing up sufficient numbers of Sphecophaga (UK 2016) for several proper releases that will be available for purchase. I'll also be working on getting the lot of Sphecophaga (UK 2017) that I brought back this year to rear through the obligatory one generation on NZ wasp brood as well as the disease screening, and hopefully approved for release this season. Phew, sounds like I’ll be busy. 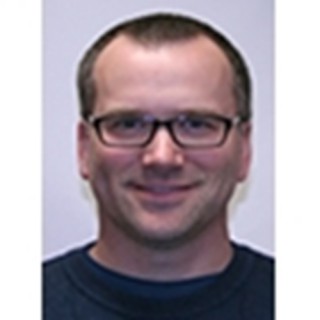