Every winter, Beyond Myrtle Rust asks gardeners to prune their lilly pilly hedges to help prevent the spread of myrtle rust, a deadly plant disease caused by the fungus Austropuccinia psidii. New growth encouraged by pruning is less likely to be infected by A. psidii in winter.

Lilly pilly hedges are all from the Syzygium genus of the Myrtaceae family. Several species and cultivars referred to as lilly pilly are grown in New Zealand. They seem to differ in their susceptibility to myrtle rust, although systematic study confirming this has not yet been conducted. Here, we discuss the differences between exotic Syzygium that are commonly confused.

The genus Syzygium contains more than 1,200 species globally. New Zealand has one endemic species (i.e., it occurs naturally only in New Zealand) - S. maire (common names: swamp maire, maire tawhake/tawake, waiwaka), and several introduced species. Some of these are very distinct, like S. jambos (rose apple), which has large, pinkish fruits that look a little bit like guavas but are more or less hollow – and that smell and taste like rose water. This species is relatively uncommon in cultivation, as is S. floribundum (syn. Waterhousea floribunda; common names: weeping lilly pilly, weeping myrtle, weeping satinash).

At first glance, the flowers, foliage, and fruit of these plants are quite similar. New leaves are red or purple, which is one of their attractions as a hedge plant. However, some differences separate them. S. australe has distinctive ‘pockets’ just above where the leaves attach to the main branch on young branchlets – this is a good diagnostic character once you know what to look for. Neither S. paniculatum nor S. smithii have these pockets. The fruits of S. smithii are usually white, whitish pink or pale purple, whereas the fruits of S. australe and S. paniculatum are magenta.

There are two other important things to know about these plants:

Even with the differences explained above, all three common Syzygium are often confused for one another, even by nurseries and avid gardeners. To add to the confusion, they are sometimes sold using overlapping and vague common names – lilly pilly, monkey apple, acmena, and eugenia. These names do not tell the buyer what species it is - one that is highly susceptible to infection (S. australe), or one (such as S. paniculatum) that seems to be less susceptible.

When planting a new hedge, it might be wise to avoid Syzygium altogether, to prevent the disappointment of it becoming diseased and dying, and to help protect native Myrtaceae by reducing the amount of A. psidii spores in the environment. The Auckland Council has a fantastic plant list that helps you choose hedge plants that are not in the Myrtaceae family and are thus not susceptible to myrtle rust, that can be accessed here. 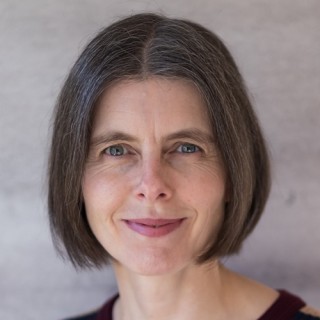