This website provides a directory for diagnostic information and updates of scientific publications relating to Tachinidae for New Zealand. 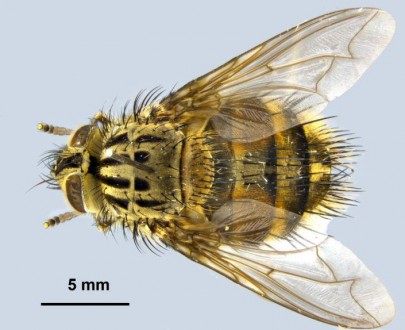 The Tachinidae is the largest family of all the parasitic flies in the order Diptera, with around 10,000 described species in the world. It is estimated that thousands of species are still undescribed, making Tachinidae possibly the most specious parasitic fly family. Tachinidae are parasitic on invertebrates, mainly insects at different life stages. In New Zealand Tachinidae are known to only parasitize insects in the insect orders of Hemiptera, Coleoptera and Lepidoptera.

Tachinidae in New Zealand have been recorded from coastal, swamp, shrub, grass, forest and alpine habitats throughout New Zealand and its foreshore islands. Many species however are much localised and are rarely collected. For most of the New Zealand tachinid species the host associations are unknown. Most tachinid species attach an egg to their host larvae or as in the genus Pales oviposition a microtype egg on vegetation, which is ingested by the host larva.

Around 180 species (described and undescribed) are currently known from New Zealand. However the species number might be much higher than this. All currently recognised subfamilies occur in New Zealand. These are the subfamilies Phasiinae, Dexiinae, Exoristinae and Tachininae. Five species from 4 genera are known in the subfamily Phasiinae, all of which are parasitoids of hemipteran hosts. In the subfamily Exorristinae and parasitising lepidopteran larvae are the species of the genus Pales along with the introduced biocontrol agent Trigonospila brevifacies. The subfamily Dexiinae is represented only by species of the tribe Vorinii, of which four genera are described and one undescribed. All Vorinii species in New Zealand are lepidopteran parasitoids. The remainder and majority of New Zealand Tachinidae belong to the subfamily Tachininae and are known to parasitize either Lepidoptera or Coleoptera. New Zealand Tachinidae species are mostly endemic with only two introduced species known to have established here. All, but four genera are endemic at the genus level, but all species in two of these genera are also endemic. The other two exotic genera are represented by one exotic species each.

The New Zealand Tachinidae were reviewed extensively by Malloch (1938) and Dugdale (1969). The latter work also included examination of the larval and pupal development stages of Tachinidae. However Tachinidae are a difficult group to work with and the classification at the generic level for many New Zealand tachinid species is still unclear. Many genera and species are still undescribed and the family is in need of a major revision primarily at the generic level before a revision attempt is made at the species level. Many species are represented in collections by a few specimens only and a considerable collecting effort would provide new additional material for a combination of taxonomic and molecular future research.

The overall complexity of Tachinidae resulted in the key to genera of New Zealand Tachinidae presented here being strongly influenced by Malloch (1938) and Dugdale (1969). Distributions of the genera in the factsheets are based on published type localities and the tachinid collection at NZAC and some genera might have a wider distribution.

This work has been funded by: Terrestrial Freshwater and Biodiversity Information System (TFBIS-#274), and The New Zealand Arthropod Collection and Landcare Research, Manaaki Whenua, Auckland kindly provided space and equipment. 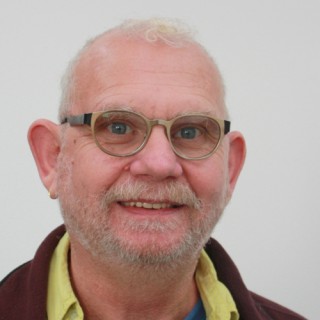