A Seed-Damaging Fly for Moth Plant?

A fly (Anastrepha australis, previously Toxotrypana australis) that feeds and develops inside the fruit pods of moth plant (Araujia hortorum), completely destroying the seeds, is currently undergoing host range testing at our Tamaki containment facility in Auckland. The fly is the third candidate biocontrol agent for moth plant to be tested in New Zealand. A rust that infects the leaves and stems of moth plant was approved by the Environmental Protection Authority in 2015, but its release is pending the issue of an export permit from Argentina. The moth plant beetle (Freudeita cupripennis), which feeds on the roots (larvae) and leaves (adults) of moth plant, was first released in December 2019 in Northland and the Bay of Plenty, and in February this year in the Waikato region. 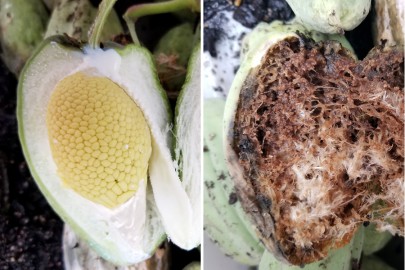 Moth plant is an evergreen vine/climber originating from southeast Brazil, Argentina, Paraguay and Uruguay. Moth plant was introduced to New Zealand as an ornamental, and it is now a common weed in urban and peri-urban environments in northern New Zealand. It also invades intact and disturbed forest and forest margins, coastline, cliffs, riparian margins, shrublands and mangroves.  The twining vines smother and break down shrubs and small trees, and they spread along the ground, shading out seedlings and low-growing vegetation. Although only a small percentage of flowers bear fruit in New Zealand, presumably due to a lack of suitable pollinators, moth plant’s large fruits produce 250 to 1,000 parachute-like seeds, which are easily dispersed by wind. What’s more, the seeds can remain viable for more than 5 years. A biocontrol agent that destroys the wind-dispersed seeds would help to contain moth plant populations, preventing further spread.

The moth plant fly can be found throughout the native distribution range of moth plant. There are different colour morphs within the species, which have required genetic testing to confirm their identity as one species. Most adults are brown with black markings, but some are yellow and black, having a distinct wasp-like appearance. In Uruguay, adults are active from late November/early December through to February. Females lay six to ten eggs in developing pods, although higher numbers of larvae per pod have been recorded. Females have a long ovipositor (almost the entire length of their body), with a needle-like protrusion at the tip, perfectly adapted for penetrating the thick, spongy wall of the fruit pods. Larvae feed on the seeds, turning the inside of pods to mush, only exiting the pods when they are ready to pupate in the soil.

The moth plant fly has been collected in Uruguay a number of times between 2010 and 2018, but laboratory rearing was initially unsuccessful due to limited numbers imported and asynchronous adult emergence in containment. “We also suspected that the fruit pods were not of high [enough] quality for rearing the fly, so we needed to improve our plant propagation techniques before reimporting another colony,” said Zane McGrath, the technician on the project. Another trip to Uruguay to collect the fly was undertaken by Zane and Angela Bownes from late January to early February this year.  “Although we had a reasonable idea of the best time to survey for the fly, we had a little bit of luck on our side too,” explained Zane. “The fly larvae that we collected were all of the same age (cohort) and all were collected over three consecutive days in the north-eastern suburbs of Montevideo, despite surveying for 10 days in the outskirts of the city and further afield. If we had gone a week later, we would have turned up empty pods,” he added.

The mature fly larvae exited the moth plant pods within a few days after they were collected, and over 80 pupae were imported into containment. So far, rearing of the new colony has been successful, and host range tests have been conducted on swan plant (Gomphocarpus fruiticosus). “The females showed no interest in swan plant for oviposition, which is very encouraging,” said Zane. Although swan plant is not native to New Zealand, it is the main host plant of beloved monarch butterflies in New Zealand. “Further testing will be done this summer with a view to a release application being submitted to the EPA in 2021, should the fly prove to be sufficiently host specific,” concluded Zane. In the meantime, the moth plant beetle is performing well with recent reports of the recovery of adult beetles at the original release sites. This means the beetles successfully completed at least two generations in the field and survived their first winter in both Northland and the Waikato. Now that’s a beetle to be proud of!

This project is funded by the National Biocontrol Collective. 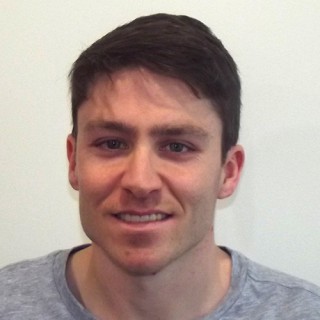