Swiss students down under (in so many ways)

Manaaki Whenua hosted 4 Swiss over the spring of 2019 as part of the “Smarter targeting of erosion control” STEC programme. They were here to work on poplars. Two Bachelors students (Ivo Gasparini, Julien Plaschy), one PhD (Feiko van Zadelhoff), and a technical lead (Gianluca Flepp) from the Bern University of Applied Sciences (HAFL) worked at Ballantrae – an old AgResearch farm just over the hill from Palmerston North. One of their supervising Professor’s (Luuk Dorren) also made a short visit to New Zealand. Ian McIvor (Plant & Food Research and the Willow & Poplar Research Trust) provided additional supervision.

The team dug, pulled and broke roots, and measured root distribution in 22-year old poplar trees growing in a Nelder trial on the farm. After an initial foray into digging a 1m deep trench around the first tree a digger was brought in to make it easier for them. They counted over 10,000 individual roots from that first tree at 4 different radii from the stem. Most roots were located in the upper 30cm of soil. They also completed 45 pull-out tests on roots up to about 40 mm in diameter which was at the limit of the load cell and the pullout apparatus that Jagath Ekanayake constructed several years ago. The resulting root diameter-force curve is significantly greater than that for Pinus radiata (data we collected with the help of students from University of Sassari in Sardinia a few years ago that is in the process of being published). 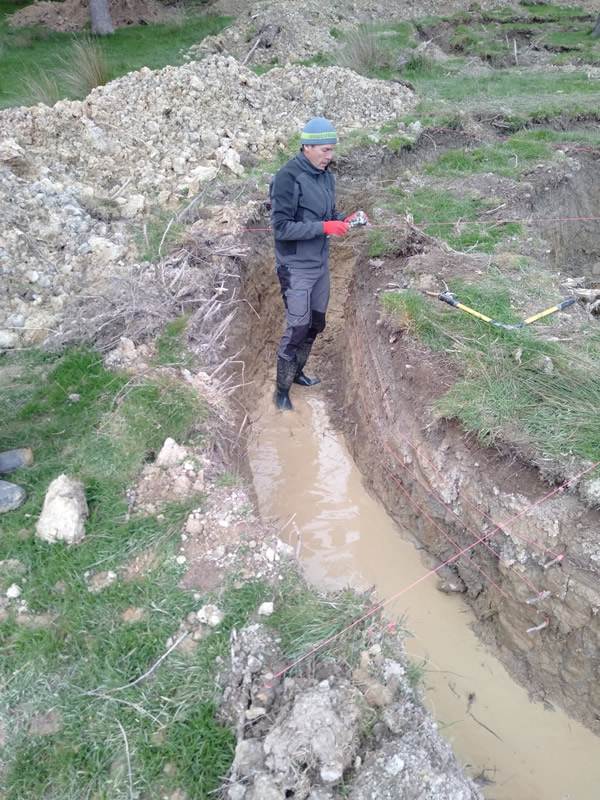 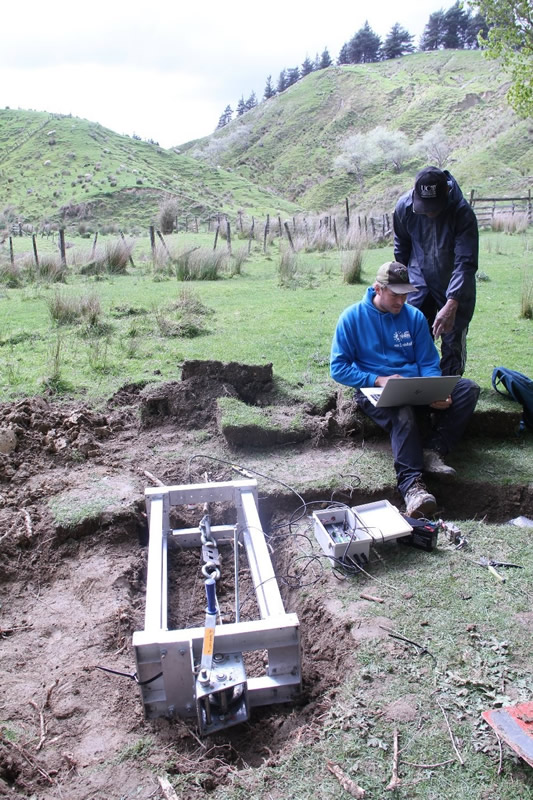