In partnership with STEC, PhD student Forrest Williams is studying the role that slow-moving large landslides play in delivering sediment to rivers. In contrast to smaller landslides that are commonly triggered by large rain events, these landslides are much larger and tend to deliver sediment slowly over long periods of time. While these landslides only move a few meters a year, they can still be a massive source of erosion. In fact, the Rangitikei Landslide just south of the town of Taihape on State Highway 1 is estimated to contribute upwards of 40,000 tonnes of sediment to the Rangitikei River every year. Because these landslides are such a concentrated source of erosion, reducing their sediment contributions could be a cost-effective way to reduce the overall influx of sediment to New Zealand’s rivers. 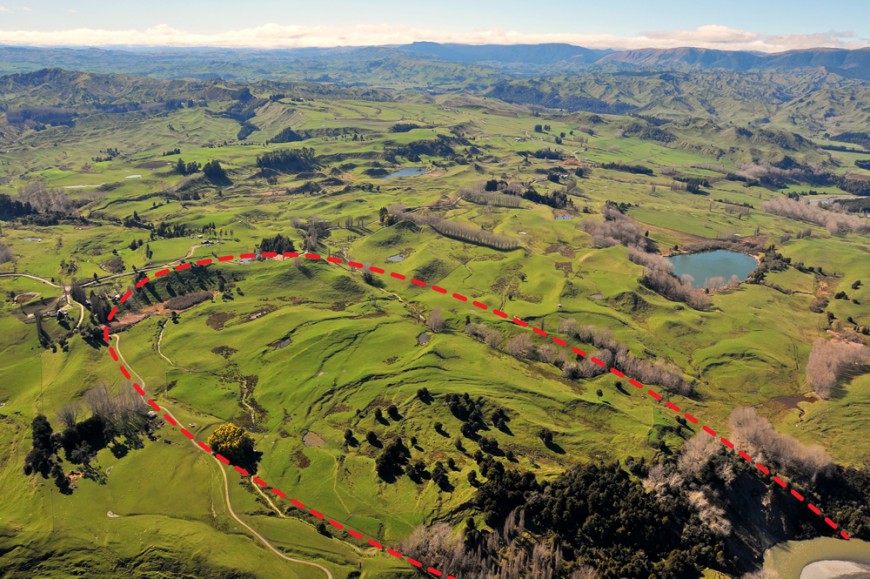 Over the past year, Forrest has worked to create an updated map of these large landslides within the lower half of the North Island and has also performed a landslide susceptibility analysis to determine what is leading to the creation of these landslides. His map is an improved version of GNS’s landslide database, and it identifies over one hundred large landslides that had not been previously mapped. Forrest’s landslide susceptibility analysis has also showed that areas with high levels of river erosion, such as gorges and deep river valleys, are at the highest risk of generating these landslides. Reducing river incision and erosion near these landslides may help to slow their movement.

While Forrest has identified over 1000 of these landslides, it is unlikely that they are all currently active, and the ones that are moving are likely doing so at very different speeds. In the next phase of his PhD, Forrest will be measuring the movements of these landslides to determine which landslides would benefit the most from erosion control.